The criticisms leveled at Nintendo’s Switch-era sports games for being too barebones weren’t taken on board for Mario Strikers: Battle League, which somehow includes even fewer things to do than Mario Tennis Aces and Mario Golf: Super Rush. Like those games, Battle League’s core gameplay is fast-paced fun, but not fun enough to prevent it from being dramatically overshadowed by a complete lack of things to do.

Mario Strikers: Battle League is the successor to the popular 2007 Wii game Mario Strikers Charged, bringing the Mario soccer series to the Nintendo Switch for the first time. Despite the 15-year gap since the last release, developer Next Level Games has taken more out of the sequel than it has put into it, with everything from its number of characters to its game modes having been trimmed excessively.

The first casualty of Battle League being scaled down is the size of its arenas. While matches are still 5-vs-5, the pitches are notably smaller and the action feels cramped as a result. You won’t spend much time on the ball, as the opposing team will constantly dive at you with crunching tackles or knock you down with items such as red shells or bob-ombs. It can be ridiculously frustrating to find yourself on the receiving end of constant tackles, the soccer equivalent of being pelted with projectiles until you end up in 8th place in Mario Kart.

But this close-quarters football also lends itself to surprisingly deep attacking play, with players able to perfectly time their through-balls, lobs, and shots in order to increase their accuracy and power. Chaining together perfect passes and crosses before scoring a roaring volley takes some time to master, and there are some neat tricks tucked away here that aren’t adequately outlined by its tutorial.

For instance, by holding ZL and passing or crossing, players can select where they want the ball to go. This allows you to hit the ball off the arena’s walls, quickly charging up a shot without passing between teammates. I imagine more of these maneuvers will be discovered over time, and in that way, it favorably reminded me of Rocket League and the absurd moves its experienced players can pull off.

It’s a shame that this depth isn’t mimicked elsewhere. Just 10 characters make up Battle League’s playable roster, with fan favorites such as Daisy and Bowser Jr. failing to make the cut. There are no unlockables, either, so you’ll have to make do with what you’ve got until Nintendo releases its inevitable DLC. Each character is uniquely animated and boasts their own special Hyper Strike, but even these are limited — there’s just one special Strike animation per character, meaning you’ll be seeing the same brief cutscenes over and over again.

The main incentive for playing is to obtain coins that can be spent on better gear, which has a demonstrable impact on gameplay. Equipping different boots, shirts, pants, and headwear both raises and lowers different attributes, effectively letting you change your team as you see fit. While these customization options are cute, they’re no real replacement for actual unlockable characters.

There are three modes — Quick Play, Cup Battles, and Strikers Club. Quick Play is your standard game mode where you can duke it out online or with the AI, with the former also letting you pair up with another teammate, be it a friend or stranger. However, with it being far more difficult to play as a pair, it’s unfortunate that matchmaking doesn’t have two separate pools for those who are playing as a team or flying solo.

Cup Battles is the single-player mode and it is woefully undercooked. You’ll start off climbing a small tournament ladder in Normal Mode, with the opposing AI being hilariously incapable. When you’re winning semi-finals with a score of 17-1, it’s clear that something is wrong, and while completing normal mode unlocks the far more difficult Galactic Mode, there isn’t any variety here.

Strikers Club is the main offering, a seasons-based mode where players create a team and can bring up to 20 players into their club. The goal here is to climb up the rankings, using the tokens you earn to upgrade your stadium. However, the first season has yet to start — another weird omission considering Battle League has just launched.

The most glaring omission, however, is the lack of 4-vs-4 online play. For some inexplicable reason, only pairs can team up online to take on other players, despite 4-vs-4 being possible offline with four linked Switch consoles. Matters aren’t helped by duo play being extremely confusing, with player indicators getting lost in a mess of color. I swiftly opted to exclusively play Mario Strikers solo, which is antithetical to what the game is all about.

Mario Strikers: Battle League’s core gameplay is fun, but it’s just not enough to justify the incredibly slim package offered. There’s little to do for online players and even less for those looking for a fun offline single-player game, with it for Mario sports games in general. Nintendo fans were hoping for a hat trick here for the third entry in the Mario Strikers series, but were instead left with an own goal. 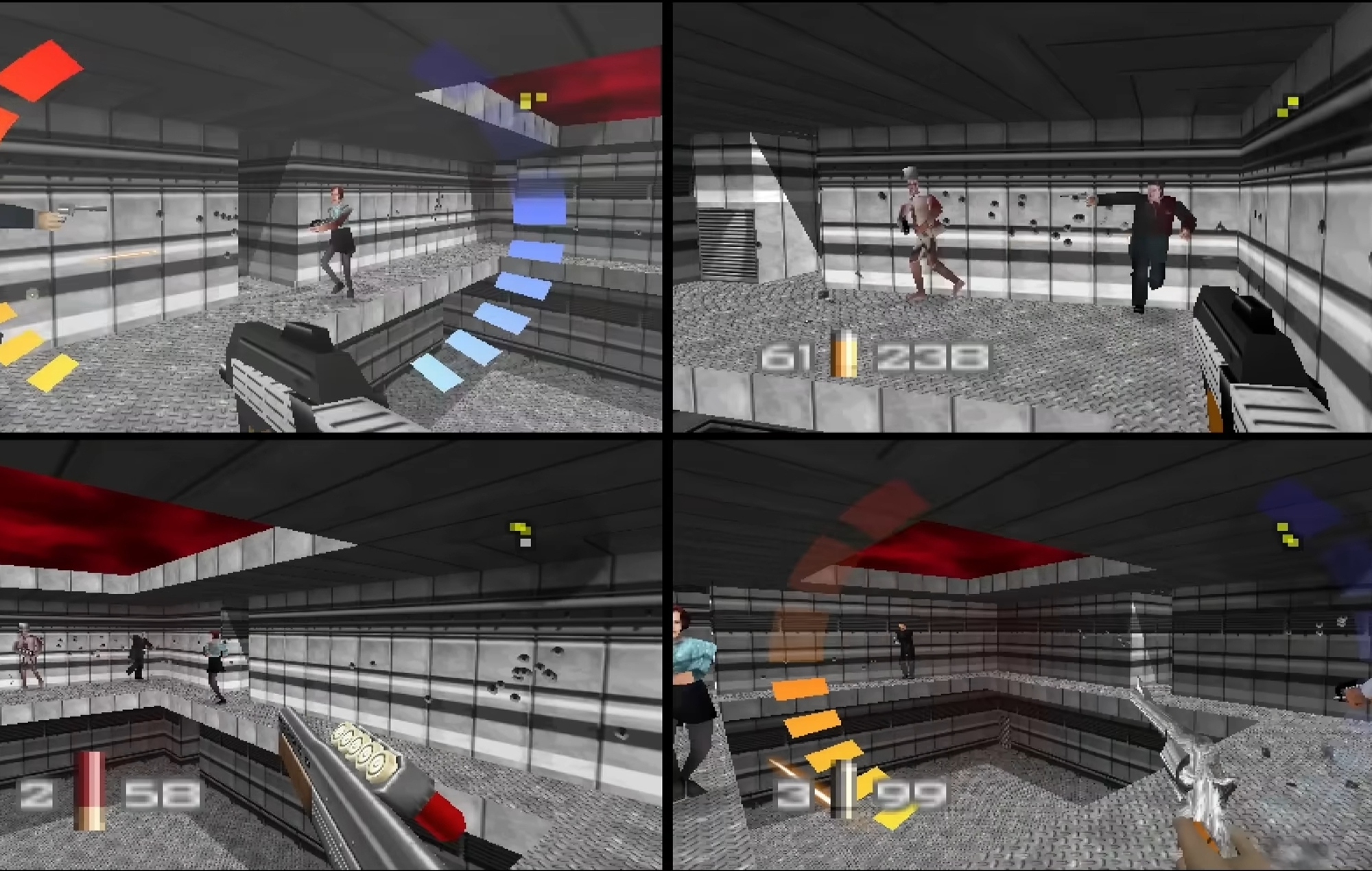 tips on how to play multiplayer on the Nintendo Change

The Nintendo Swap video games with the most effective graphics