Vampires are always in style in media, and some great games featuring these creatures have graced the gaming scene, with various options to play.

Vampires are always a popular theme in media, and video games are no exception, as evidenced by the popularity of recent titles like V Rising. Many games featuring vampires have emerged over the years, and while not every one of them has been a success, some more recent releases have made playing as a vampire in 2022 as fun as it’s ever been.

While some games just add vampire elements rather than basing an entire game around them, like the Skyrim vampire DLC Dawnguard, these games usually lack a certain devotion to playing out the vampire fantasy. However, there are some games that make playing as a vampire the front-and-center aspect, and it is surprising the kinds of stories and angles these games can take on a similar theme. Some available today are clear standouts in enjoyment and immersion.

There’s nothing else like playing as a vampire, either as a grotesque monstrous creature, or as an alluring yet deadly scion of wit and grace. Either way, playing as a vampire in video games usually ends up with a great deal of blood-spattering combat, a dash of charm and wit, and some dark magic. Many games deliver on this fantasy, but these recent releases are the cream of the crop.

Vampire: The Masquerade – Bloodhunt Is A Vampire Battle Royale

It’s no secret how popular the battle royale game genre is, with the likes of Fortnite, PUBG, Apex Legends, and COD Warzone. However, a recent addition to the genre has made the battle royale experience more than just about guns. Released September 7, 2021, Vampire: The Masquerade – Bloodhunt involves playing as a vampire to take down other vampires as part of a large-scale faction war. Players can play as a vampire from several different factions, which affects the powers and abilities at their disposal. There are various powers such as invisibility, tracking abilities, and various movement abilities, but players are also equipped with various weapons including guns. The entire map – located in Prague – is traversable, allowing players to freely parkour up the sides of buildings and jump from rooftop to rooftop. They can also interact with the human NPCs by draining them of their blood to replenish HP and grow in power. Bloodhunt features a ranked mode for players to test their skills and climb the ranks, in addition to a host of customization options to help bring out a player’s unique style. The game is entirely free to play on Steam and PlayStation.

V Rising is an open-world top-down survival game similar to the likes of Ark: Survival Evolved with some Diablo elements. The player takes the role of a recently-awakened vampire looking to conquer the living world. Players have the ability to explore the open world as they please, killing NPCs for materials as well as collecting resources in order to build up their own castle. The world also has a unique mechanic in its day/night cycle, where during the day the player must stick to the shadows to avoid V Rising‘s damaging sun.

Related: How To Find Every Hat & Headgear in V Rising

While there are many weapons to equip, V Rising also has a lot of different powers for the player to collect, through the slaying of NPCs or other feats. V Rising is also a large-scale PvP game where players can attack each other on sight as well as raid each other’s castles in order to collect some of their resources. The game is currently in Early Access on Steam for $19.99 USD, so if players are unsure they can wait for the full release once a majority of the game’s bugs are worked out. There are also PvE and private servers in V Rising for players not really interested in open-world PvP with random players. V Rising is worth checking out even in Early Access because of the consistent updates from the developers and the obvious care with which elements like its castle building have been developed, making it a fun and enriching experience.

Vampire: The Masquerade – Swansong is a narrative RPG that takes place in Boston after the events of the popular earlier Masquerade title Bloodlines. Players will play as three different vampires with their own stories that intertwine with each other, and where the player’s decisions will actively affect the way the story for each character plays out. Each vampire has different powers and personalities that greatly separate them from each other, making playing through each of their narratives in Vampire: The Masquerade – Swansong a unique experiences. The game takes place in a universe where vampires walk among people, where their society is kept a secret due to the laws of the Masquerade. This secret society of vampires is filled with power struggles, strife, and murder, and the player must attempt to keep the peace in the world of vampires while finding the truth in a web of lies. Vampire: The Masquerade – Swansong is available on the Epic Games Store, PS4 and PS5, Xbox, and will be released on Nintendo Switch at the end of the year.

Vampyr Is A Unique Take Worth Checking Out

Vampyr takes a somewhat unique take on the vampire genre through its main character. The player takes the role of Jonathan Reid, who is a doctor during the World War I era. Now stricken with the need to feed on those he promised to cure of the city’s influenza epidemic through crafting different Vampyr medicines, Jonathan Reid’s personal struggles are portrayed from his own perspective. The game provides many opportunities to interact with the world and people around them, and their actions influence how the world changes and responds.

The player can choose between acting on Jonathan Reid’s good conscience to find a cure for the sickly citizens, or they can embrace Reid’s newfound transformation and terrorize the city of London as a vampire. Vampyr features solid combat with various weapons and includes many skills to select from to customize the experience. Some solid music helps form the dark, gothic atmosphere that the game aims for. Vampyr is worth checking out due to its unique story idea as well as the richness of the world that reacts to player choice, and it’s currently available on Steam, PS4, Xbox One, and Nintendo Switch.

Vampires have maintained their popularity over the years, and it’s interesting to see how vampire games have changed and experimented with them over time. While there will certainly be more vampire games in the future, game studios are going to need to continue bending and shaping the formula to keep things unique and interesting. V Rising definitely takes the prize of the most unique and intriguing vampire game of this year, and it will be interesting to see what tries to dethrone it in the future.

Next: 10 Best Horror Video Games Where You Can Play As The Monster

Julia Schultz is a game writer for Screen Rant.

The Best (And Worst) Selling Games Of Nintendo's Biggest Franchises 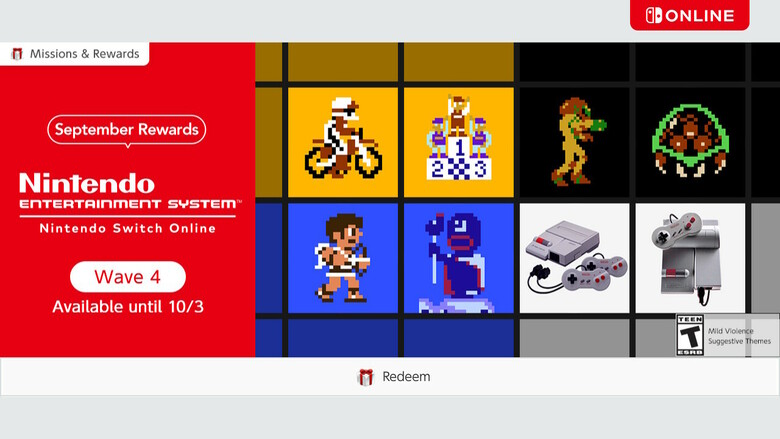