I’ve played games about dodgeball, and I’ve played games set in the subconscious dreams of their protagonists, but I would bet money that Desta: The Memories Between is probably the first game to combine those two concepts. It seems like a strange marriage at first glance, but after sitting down with one of the game’s producers to see the title in action at a Summer Games Fest media event, I’m at the very least intrigued to see how it will all play out.

Announced during the Summer Game Fest Day of the Devs livestream, Desta: The Memories Between is the newest title from Ustwo Games, the makers of Monument Valley and Alba: A Wildlife Adventure. Desta, much like those games, is visually striking – its colorful dreamlike worlds and high degree of polish are right in line with the high level of quality of the developer’s previous work – but while those games are relatively simple to play through, this one is aiming for something much more mechanically complex.

Melding sports, strategy and a roguelike progression system, Desta tells the story of a young adult who returns to their hometown after the passing of their father, anxious about having to interact with people once again who they may not have left things with on the best of terms. 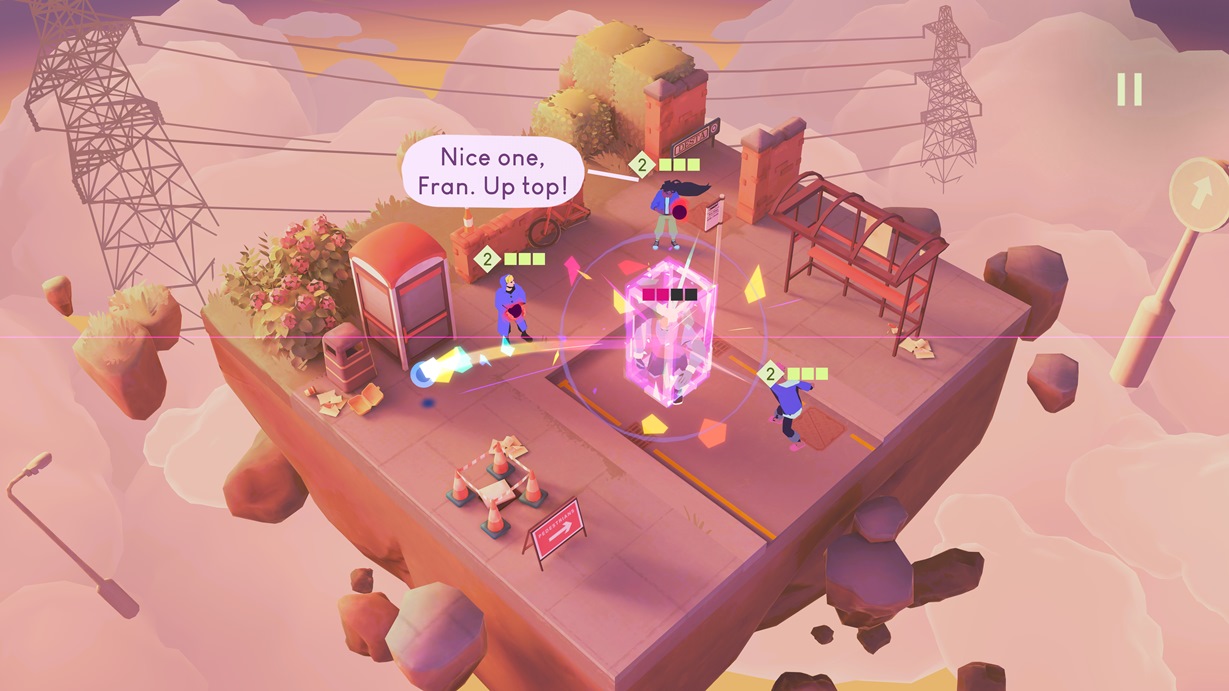 “Desta’s… left a few friends on read and kind of ghosted a few of them,” said Mike Anderson, producer at Ustwo Games, about the story. “So, Desta is now back where they grew up, thinking about, oh my god, I’m gonna have to see all these people, what the hell do I say?  How do I explain the fact that I just didn’t reply to your message for a year, or stuff like that?”

It’s a sentiment that is probably relatable to many folks, something that Anderson says is very much by design. The gameplay in Desta plays off this concept, but not in a traditional way. Instead of interacting with these people in the real world, Desta primarily reckons with these anxieties in a dream world – by throwing balls at people.

“When you go to sleep, basically you are playing that game with the other people from your life, as a sort of metaphor for having these conversations,” Anderson said. “So, like, throwing the ball at someone and hitting them is like you’re saying the thing you wish you could have said. And when they throw it back, it’s like they’re saying something back to you now.” 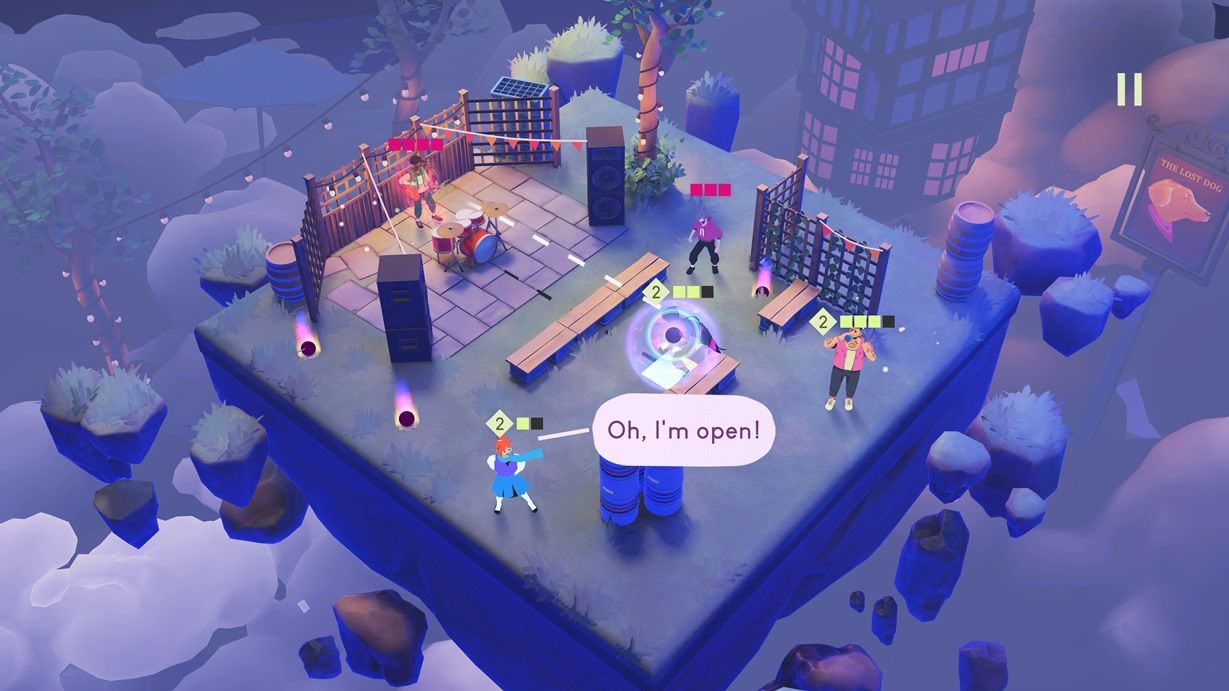 You control Desta and a small part on an isometric 3D grid, which you can rotate around and survey at various angles to help get a better lay of the land and Desta’s opponents. Each turn allocates Desta a limited number of action points – assuming Desta or one of her friends is holding a ball, it’s all about getting in range of a target and launching it at them while avoiding getting hit, as a “symbolic way” of expressing conversation. But you won’t necessarily have enough action points to one-shot your opponents on your own – and that’s where having a well-built party and leveraging their unique abilities comes into play.

“James, for example, is your friend who’s always up for anything,” Anderson said. “And the way he’s manifested in the game is, he has a power which lets him teleport anywhere on the map. Ms. Kowalski was your teacher at school – she’s super supportive, so she’s more of a support character. She has a power whereby if she passes a ball to you, she imbues you with an additional action point… which is quite cool, because some of the powers require more than one action point to do more damage.” 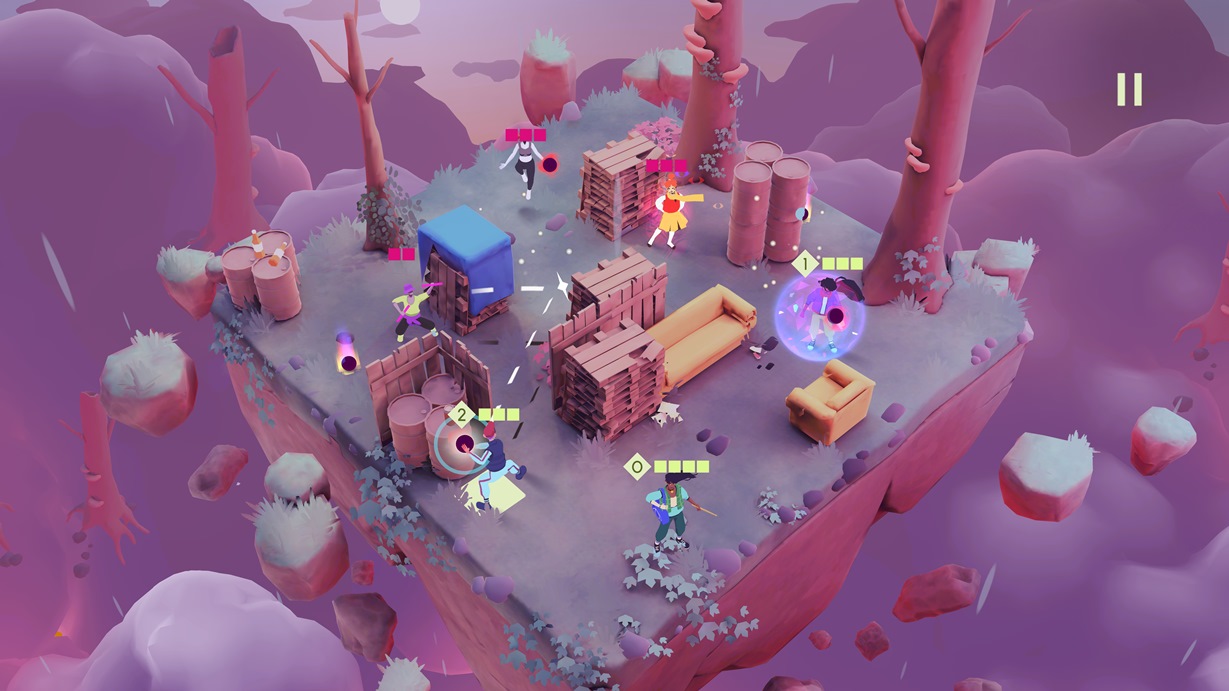 The randomized and roguelike elements apply to this game in a few different ways. One way is that stages are pulled from a random pool, so players may not necessarily experience the same stages in the same order. Another way is in how Desta handles in-combat abilities: they’re randomly assigned to you, but the ones you use the most will level up over time and eventually become a permanent part of your repertoire.

“We’re a studio who tries to make games as accessible and approachable as possible, but I’ve still wanted to have that depth for players.”

While Desta: The Memories Between is planned for a release on Switch down the road, it won’t hit the platform for a little while due to a timed exclusivity deal with Netflix’s new gaming service. The game is attempting to meld a lot of different themes and gameplay concepts together in a way that I’ve never seen before, and we’ll be sure to keep you updated as we learn more about the game in the future.

Experiences Counsel a Huge Nintendo Shadow Drop within the … – EssentiallySports

Save on choose digital video games with the New Yr Sale! – Information – Nintendo