Owners of the popular Nintendo Switch games console have been left footing hefty bills to replace faulty Joy-Con controllers because of a flaw in the technology, according to a new report.

Since the Nintendo Switch was launched in 2017, there have been many reports of ‘Joy-Con drift’, where the console registers movement even when players are not touching the controllers.

Now a survey by Which? has revealed that one in five Nintendo Switch Classic owners in the UK have experienced the problem.

The consumer watchdog is calling on Nintendo to commission an independent investigation into the issue, and is urging the gaming giant to make the findings of any investigation public.

Nintendo says the issue has only affected a small number of devices.

However, the company said it has been making continuous improvements to the Joy-Cons since launch and continues to encourage any customers who have experienced issues to contact them. 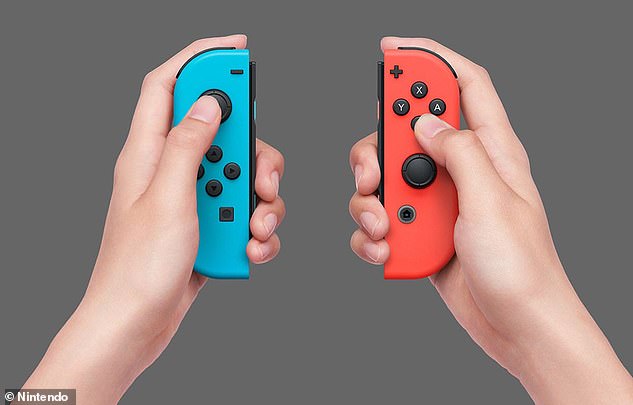 Since the Nintendo Switch was launched in 2017, there have been reports of what has become known as ‘drift’, where the console registers movement even when players are not touching the controllers

WHAT IS ‘JOY-CON DRIFT’?

Gamers who use the Nintendo Switch have complained of a defect in their controllers dubbed ‘Joy-Con Drift.’

‘Drift’ is an infuriating flaw which causes video game characters to move about on screen or cameras to zoom out awkwardly without the player even touching the control stick.

It first surfaced as a problem soon after the console was launched in 2017.

In many cases the fault has rendered the controllers unusable by interfering with gameplay.

The survey by Which? of 919 owners of the original Switch console in the UK found that 40 per cent had experienced drift at some point.

Of those who reported drift, around six in 10 (57 per cent) said the problems occurred in the first year of them owning the games console.

Around three quarters (73 per cent) of owners who encountered the issue did not contact Nintendo about it, despite the gaming firm offering a two-year warranty on the console.

Which? asked those with a drift problem who did not contact Nintendo nor tried to do a repair themselves whether they bought a replacement controller – and half (50 per cent) of them said that they had.

Of those who did contact Nintendo (26 per cent), Which? said its research found that 19 per cent did not receive a repair or replacement.

The potential reasons consumers do not contact Nintendo for a free fix or replacement could range from a lack of awareness that this is an option, to not knowing that drift is a wider fault and thinking they have caused it themselves, according to Which?.

Which? said it had carried out its own in-lab durability testing on Switch consoles as part of its research, but was unable to replicate the issue.

It said this shows how hard it is for the fault to be detected – with durability tests possibly not accounting for everyday hazards in the home like dust and crumbs – and that a deeper, independent investigation into the issue was needed. 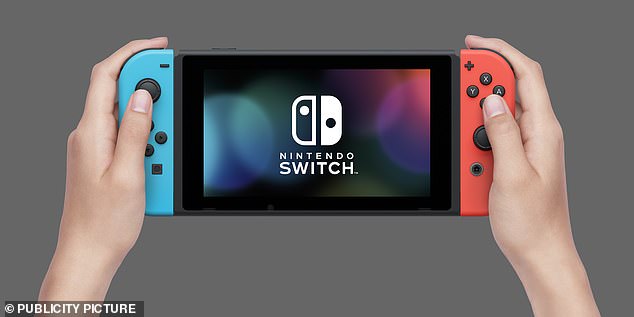 Nintendo has been hit with a number of lawsuits associated with the Joy-Con drift issue, including at least four class action suits in the US

Helen was receiving treatment for cancer, when her husband bought a Switch Classic console in 2020 to entertain their daughter.

The console lasted until 2022 when it was handed to their son, who is 10 and has autism.

After the console started to drift in early 2022, the boy was devastated by the issue and could not understand why it was happening.

As the console was just out of its 24-month warranty, the family bought a toolkit online to attempt to fix the issue but they could not.

They even borrowed Joy-Cons from a neighbour but they have recently started to drift too.

So now they have a drifting Switch and a very frustrated son who cannot use it.

‘Our research shows that drift problems continue to plague Nintendo Switch owners yet too often they can be left footing the bill themselves to replace faulty controllers or face a lottery when they contact Nintendo for support,’ Which? director of policy and advocacy Rocio Concha said.

‘Nintendo needs to commission an urgent independent investigation into why this problem occurs and make the findings public.

‘The video game giant must also commit to completely free-of-charge repairs or replacements for those affected by the problem and must promote this scheme so that consumers know that support is available.’

In response, Nintendo said: ‘The percentage of Joy-Con controllers that have been reported as experiencing issues with the analogue stick in the past is small and we have been making continuous improvements to the Joy-Con analogue stick since its launch in 2017.

‘We expect all our hardware to perform as designed, and if anything falls short of this goal we always encourage consumers to contact Nintendo customer support, who will be happy to openly and leniently resolve any consumer issues related to the Joy-Con controllers’ analogue sticks, including in cases where the warranty may no longer apply.’

Over the past few years, Nintendo has been hit with a number of lawsuits associated with the Joy-Con drift issue

The company is facing at least four cases in the US, with class action suits in Illinois, California, and two in Washington.

In Europe, Nintendo was sued by a French consumer organisation because of potential planned obsolescence, compounded by Nintendo’s ongoing repairs of Joy-Cons while not providing a more permanent fix.

That was followed by a joint investigation by nine organisations based in the Netherlands, Belgium, France, Greece, Norway, Italy, Portugal, Slovenia, Slovakia.

At a smaller scale, in the UK, a single customer took Nintendo to small claims court and won back the cost of their defective Joy-Cons, and their legal fees.

HOW TO GET NINTENDO TO FIX JOY-CON DRIFT

Shantae and the Pirate's Curse is free-to-keep on GOG 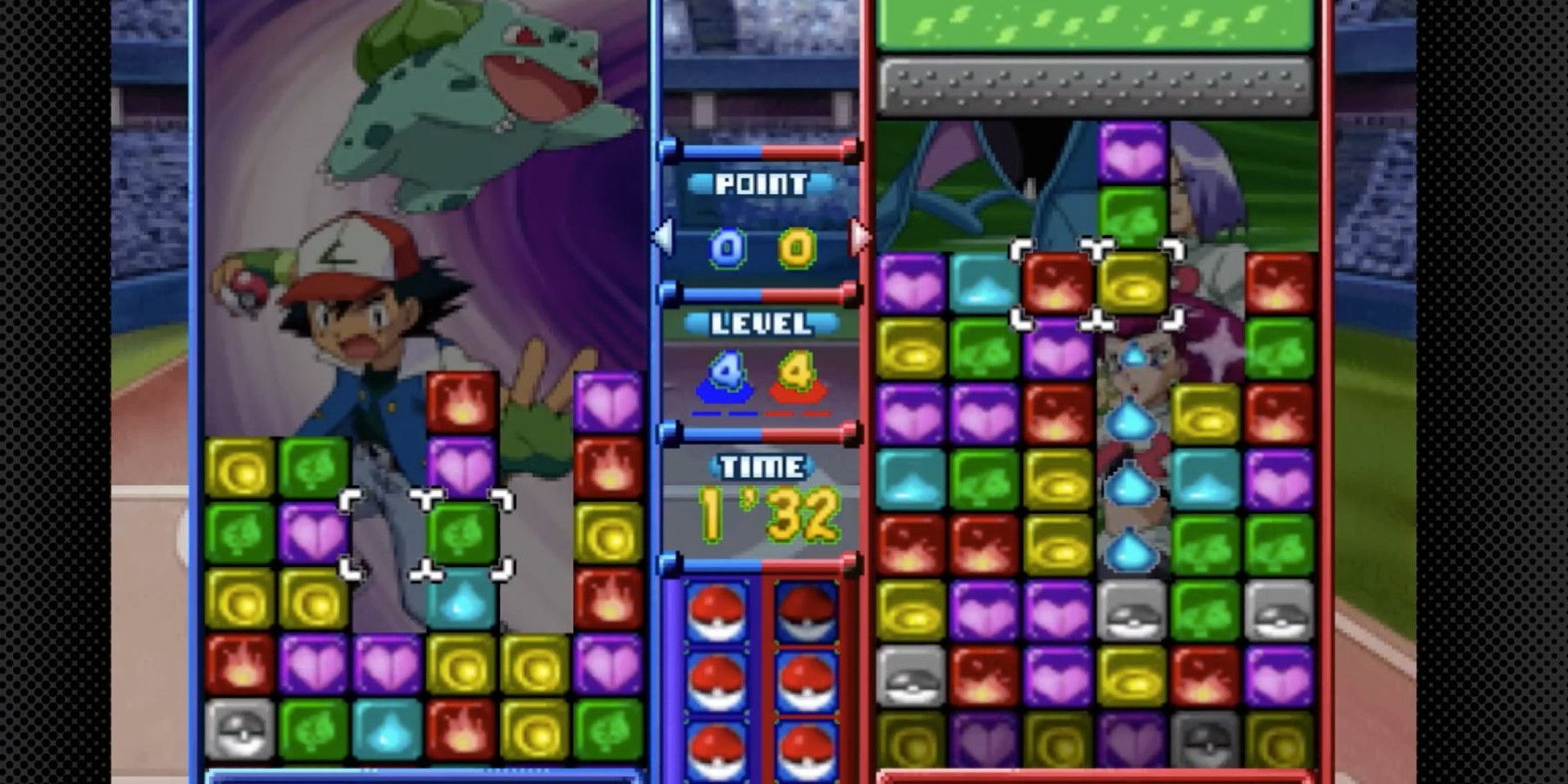 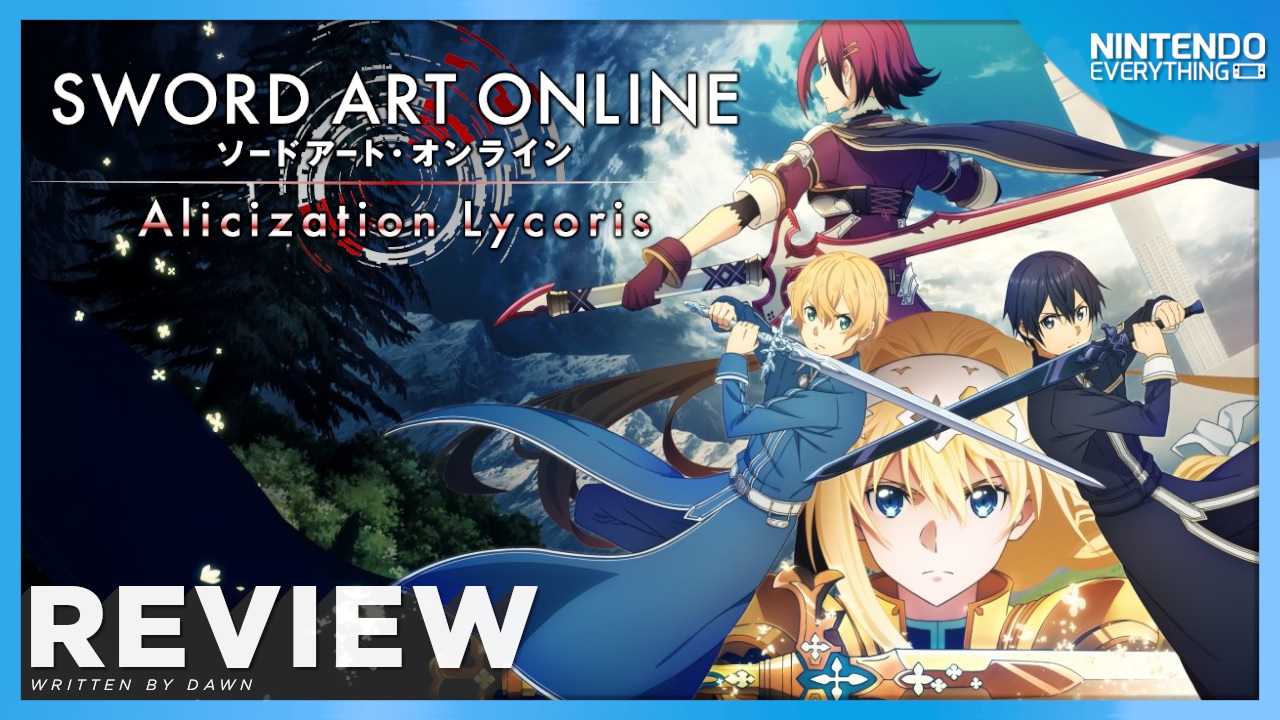