Pokemon has evolved as times changed. Throughout the years, it was able to successfully preserve one core part of its identity: its multiplayer component. Indeed, as the old slogan said: “Gotta Catch’em All!”, but to do that, the player either needed a friend with the right game to get version exclusives, or an entirely separate system and game alongside their main ones. Pokemon’s multiplayer was always at the core of the franchise’s identity, and even though events like trades and battles have changed, the very thing that makes Pokemon appealing has remained the same to this day.

Most components of contemporary Pokemon’s multiplayer rely on players being online. With the existence of a Game Boy branch of Nintendo Switch Online having been leaked, the possibility to playing classic Pokemon games online is looking more likely. Not only can Super Nintendo and Nintendo 64 games be played online on the Switch, but the inclusion of a similar service for Game Boy games guarantees the inclusion of the games that started it all. If that were to become a reality, it could be an opportunity for Nintendo to experiment with its online services by allowing players to play the classic Pokemon games online.

Pokemon and Nintendo Switch Online Could Work Together

Currently, Nintendo allows mutual Switch friends to play Super Nintendo and Nintendo 64 games online with each other. Additionally, the first two generations of Pokemon, whose main series titles were made for the Game Boy and Game Boy Color, have been ported to a previous Nintendo system in the past. Indeed, they were rereleased on the 3DS, showing that Nintendo has experience porting these now classic titles.

Players battled and traded Pokemon with each other wirelessly if they played these games on a 3DS. The multiplayer system could be retooled to fit the Switch’s peculiarities in a hypothetical Switch version of the old Pokemon games. The aforementioned games, especially the early generations, are primarily singleplayer, with only the Pokemon Centers’ basements giving players an opportunity to play with other people. Due to the relative simplicity of the concept, if everything technical goes well, a Switch “revival” of the Game Boy link cable could be relatively easy to do.

Bringing Game Boy games to Nintendo Switch Online naturally implies the existence of Pokemon ports. If the first two generations of mainline games were to be rereleased, Nintendo could also port the Nintendo 64 Pokemon games, especially the Stadium duology. While modern games resemble battle simulators due to their 3D models, the Stadium games have a special spot in many a Pokemon fan’s heart.

With both the handheld and console titles at its disposal, Nintendo has an opportunity to revive the famous connectivity features Pokemon Stadium is known for. This might seem farfetched, since ported classics are all played on one Switch console, but Nintendo could implement a save file import feature that could allow players to transfer their Pokemon from the handheld games to their Stadium counterparts, emulating the games’ selling point.

How long the Nintendo Switch has before getting replaced by its inevitable successor remains to be seen. It still has enough time to at least experiment with Game Boy and GameCube ports. Porting Pokemon Gens 1 and 2, including the Stadium games, would likely convince Pokemon fans to subscribe to these extra perks that come with Nintendo Switch Online. Doing so would also potentially open new doors for Nintendo. If Pokemon Stadium’s link cable features can be emulated, that could create a cycle that would especially benefit GameCube and Game Boy Advance games.

Pokemon Scarlet and Violet will release in late 2022 for the Nintendo Switch.

MORE: 13 Most Criminally Underrated N64 Games Of All Time 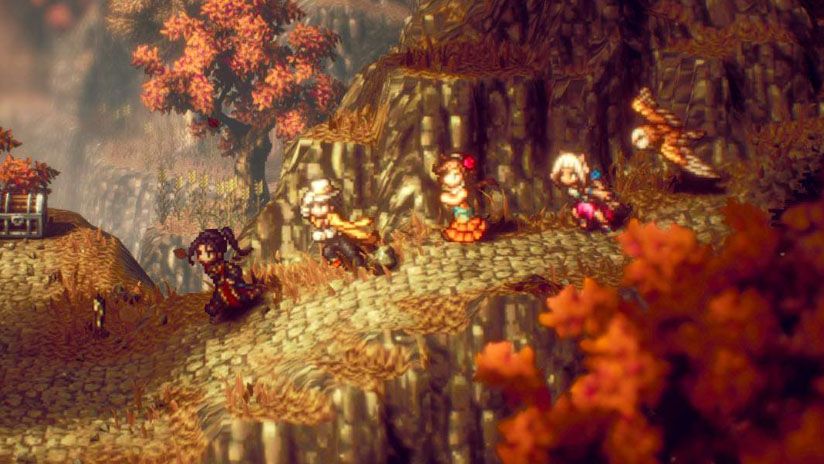 Octopath Traveler 2: Launch date, characters, and every little thing you might want to know