E3 is not taking place this year, but a plethora of independently created video game announcement livestreams are popping up. From Sony to Geoff Keighley to THQ Nordic, a lot of people and companies are airing video game livestreams that gaming fans will want to tune into over the course of this summer.

These are the most important video game reveal-focused livestreams that you should keep an eye on between June and August 2022 via Digital Trends’ Summer Gaming Marathon coverage.

Sony is holding another State of Play at 3 p.m. PT on June 2. Similar to March’s showcase, this one will feature multiple games, rather than being dedicated to one game like Sony’s Gran Turismo 7 and Hogwarts Legacy State of Play streams. Specifically, Sony says in a PlayStation Blog post that its fans should expect “exciting reveals from our third-party partners, plus a sneak peek at several games in development for PlayStation VR2.” It doesn’t look like God of War: Ragnarok will show up here, but it will certainly be a welcome surprise if it does.

Physical game distributor Limited Run Games and Mega64 announced that they would hold the third annual LRG Showcase at 1 p.m. PT on June 6, 2022 on Twitch. The LRG3 Showcase will feature 30 games overall, mainly highlighting titles that Limited Run Games plans to give a physical release to over the next year.

June is a big month for Sonic as Sega continues to share new info on Sonic Frontiers and prepares to release Sonic Origins on June 23. As part of its June festivities for the blue blur, Sega is holding yet another Sonic Central livestream to reveal “project, partnerships, and events happening in 2022.” It begins at 9 a.m. PT on June 7.

Fans of VR games will want to tune into the Upload VR Showcase at 8 a.m. on June 9. This presentation is solely focused on highlighting upcoming VR games from developers big and small. While Upload VR isn’t teasing any specific games for the show, the article confirming the event claims that it will have “the most new game reveals we’ve ever featured at a showcase, including some from companies yet to release VR games.”

This year&#39;s #SummerGameFest will feature events, activities and updates for fans from more than 30 partners, with more to be announced.

It&#39;s going to be a great month for video game fans.

At 11 a.m. PT on June 9, Geoff Keighley will host his second annual Summer Game Fest livestream dedicated to showing exciting games from publishers big and small. The re-reveal of Elden Ring happened during last year’s stream, so this is definitely a stream that you’ll want to keep an eye on. The tweet above confirms that major publishers like 2K, Activision, Capcom, EA, PlayStation, Sega, WB Games, and Xbox are participating. The showcase will last two hours.

Summer Game Fest’s showcase will be immediately followed by Day of the Devs: SGF Edition at 1 p.m. PT. This showcase will highlight a variety of upcoming video games. A press release for the event confirms that it will feature a new trailer for Bear and Breakfast and a new game from Monument Valley developer Ustwo Games, in addition to plenty of other independent developers.

Devolver Digital will hold another satirical showcase at 3 p.m. PT on June 9. Titled the “Devolver Marketing Countdown to Marketing,” expect this showcase to poke fun at how companies countdown to their main showcases with pre-shows and highlight some new games from Devolver. Cult of the Lamb is confirmed to be there, and Devolver is also promising to reveal some new games during the show.

We’re joining #SummerGameFest with our very own Summer Showcase, diving into new announcements and updates for PC titles on the Epic Games Store! ☀️🏝️

At 11 a.m. PT on June 10, Epic Games is holding its own video game showcase. It says the event will primarily be focused on “diving into new announcements and updates for PC titles on the Epic Games Store” that are launching both in 2022 and next year.

At 11:45 a.m. PT on June 10, Square Enix and People Can Fly will hold yet another Outriders Broadcast. This livestream will be specifically focused on endgame content for Outriders: Worldslayer, a massive expansion for the sci-fi shooter that is launching on June 30.

As part of Summer Game Fest, Tribeca will highlight its 2022 game selections during a livestream at 12 p.m. PT on June 10. We know that Tribeca’s game selections this year are A Plague Tale: Requiem, American Arcadia, As Dusk Falls, Cuphead – The Delicious Last Course, Immortality, Oxenfree II: Lost Signals, The Cub, Thirsty Suitors, and Venba, so this livestream won’t have much in the way of surprises. Still, it will provide updates on some of the industry’s best-looking indie games.

IGN is getting in on the video game showcase fun with the Future of Play Direct at 10:30 a.m. PT on June 11. IGN promises that the event will have “new game announcements, trailers, musical performances, special guests, and more.” While the event will likely be focused on indie titles, some cool new game may emerge during this showcase.

Wholesome Direct is a yearly livestream that highlights cute indie games that are much more wholesome than violent. The event’s organizers tease that this year’s event will have “new game reveals, exclusive footage, and even games that will launch during the show,” so it’s worth tuning into if you want to see what cute indie games should be on your radar.

GamesRadar is holding yet another gaming showcase at 12 p.m. PT on June 11. Future Games Show livestreams often focus on highlighting cool indie and AA games, so don’t expect the next major AAA bombshell to be here. But we can expect reveals from companies like Amanita Design, Team17, and Thunderful. Overall, GamesRadar claims that 40 games will be shown during June’s Future Games Show.

The Xbox & Bethesda Games Showcase (no Activision just yet) returns at 10 a.m. PT on June 12. Even though Redfall and Starfield were both recently delayed to 2023, this is still probably going to contain our best looks at these games yet! On top of that, there are plenty of other upcoming Xbox exclusives that Microsoft could show like Avowed, Fable, the new Forza Motorsport, Contraband, and Perfect Dark. Ultimately, Microsoft has a lot to prove with this year’s showcase as it needs to demonstrate why 2022 will still be a compelling year for Xbox consoles and Game Pass without Redfall and Starfield. Check out everything that was announced.

Just a couple of hours after Xbox and Bethesda’s showcase, you can expect PC Gamer to hold an announcement-filled livestream of its own. The PC Gaming Show starts at 12:30 p.m. on June 12 and will contain over 45 upcoming PC games. Titles teased by PC Gamer so far include Arma 4, a Half-Life: Alyx mod called Levitation, Immortality, Warhammer 40,000: Space Marine 2, Victoria 3, and unannounced games from Klei Entertainment and 11 Bit Studios. If you’re a fan of PC Gaming, this is definitely a show you’ll want to tune into.

Did you think Microsoft only had one show this year. Like in 2021, Xbox is holding a second showcase to show more games and provide deeper looks at the ones it announced. It takes place at 10 a.m. PT on June 14, and while it probably won’t be as eventful as the June 12 showcase Xbox fans should still tune in.

During the Capcom Showcase on June 13, Capcom confirmed that a 10 Years of Dragon’s Dogma livestream will be held at 3 p.m. PT on June 16. While Capcom says the livestream is mainly about discussing “how and what Dragon’s Dogma came to be,” it’s possible that we’ll finally learn about its long-rumored sequel during the stream.

Annapurna Interactive is holding its second annual game showcase at 12 p.m. PT on July 28 . It will specifically focus on new game reveals and announcements from the boutique indie game publisher known for titles like Neon White, Stray, Twelve Minutes, and Solar Ash.

THQ Nordic, one of the better-known subsidiaries of Embracer Group, will hold a showcase of its own this August. While THQ Nordic hasn’t confirmed what titles it’s showing yet, a sizzle reel for the event featured SpongeBob SquarePants: The Cosmic Shake, Jagged Alliance 3, and Outcast 2 – A New Beginning. The event begins at 12 p.m. PT on August 12 and will be preceded by a preshow featuring HandyGames, another Embracer subsidiary.

Yes, another Future Games Show from GamesRadar will take place this August. We don’t know when this livestream will start or what games will be featured as GamesRadar’s focus is currently on the June showcase. As we get closed to Gamescom and this event though, we’ll almost certainly learn more.

While E3 isn’t happening this year, its European counterpart is. Gamescom 2022 will be held between August 24 and August 28 both in-person in Cologne, Germany, and online. While specific times and featured games haven’t been teased yet, the event’s website confirms that game showcase livestreams like Gamescom: Opening Night Live and Gamescom: Awesome Indies will return this August during the event.

As this long Summer Gaming Marathon begins, more events are bound to be revealed. We’ll update this post as more companies announce their summer gaming showcases. 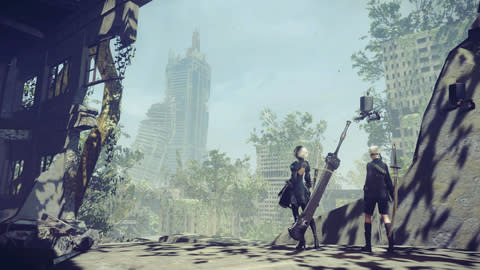 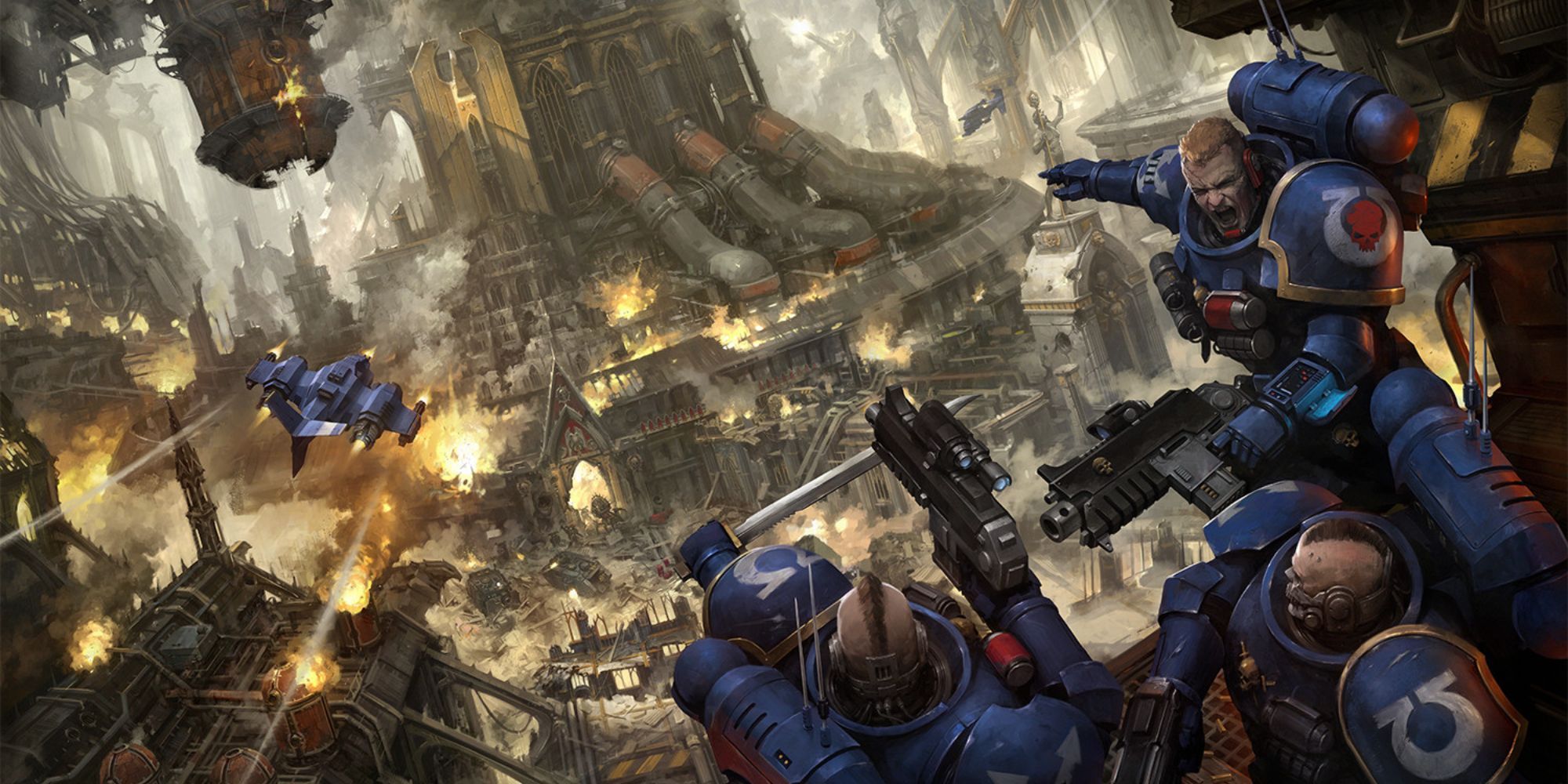