March has been a great month for video games. Will April be the same? Here are the Top 10 New Games of April 2022.

The successor to the best-selling Wii game comes this April – Nintendo Switch Sports. Unveiled during a Nintendo Direct, Nintendo Switch Sports was a nice surprise back then and is now a legitimate contender for the best game to release in April 2022. The game consists of three sports – Tennis, Bowling, and Chambara or Japanese sword fighting – and three new sports – Soccer, Volleyball, and Badminton. The excitement is high for Soccer which gives players a higher motion-control agency than what was possible for the Wii back then – even allowing players to strap the Joy-Con on their legs to simulate kicks. The game will also allow for online play, but we’re sure that families across the world will appreciate playing this game as a unit together in the living room.

Sometimes overshadowed by the more popular FIFA and NBA 2K sports series of video games, MLB The Show has been building itself up as a serious contender over the years, even successfully killing off long-time competitor R.B.I Baseball. Although usually quiet and not that featured in the limelight, MLB The Show 22 will definitely be picked up regardless. Baseball is, after all, America’s favorite pastime. This year will be the first iteration of MLB The Show that has an increased focus on the current-gen consoles, albeit the game is available to previous-gen consoles as well. The PS5 and Xbox Series X versions will feature 4K 60 FPS gameplay, as well as an advanced arena creation utility that will let players design their arenas to their wishes. MLB The Show 22 comes out free at no additional cost to Xbox Game Pass subscribers and will be the first game in the series coming out for the Nintendo Switch.

Kaiju Wars is a pixel-graphic turn-based strategy game. It has very similar vibes as the critically-acclaimed Into the Breach, catching our attention immediately. In the game, you play as the Mayor of a city besieged by Kaiju – giant monsters from Japanese pop culture. Think Rampage but turn-based, Japanese, and you’re on the receiving end of the destruction. Park tanks and jets to combat the massive goliaths rampaging through your city grounds. Construct buildings that will help your war effort. And finally, use weapons of mass destruction as a last-ditch effort of defeating these behemoths! Launching as a PC exclusive, Kaiju Wars will also come out on the Switch, PlayStation, and Xbox at a later date. A demo is available now on Steam.

Perhaps the biggest release this month, Lego Star Wars: The Skywalker Saga compiles the entire movie franchise into a single, massive, epic game. Each film in the series will be afforded give levels each, giving the game a whopping total of 45 fully-fledged Lego levels. Combat has been reinvented in the game, even featuring a new over-the-shoulder shooting mechanic for blasters as well as a combo system for lightsaber users. Exploration also plays a part in the game, as players get to roam game hubs in the form of the different planets and moons in the franchise, featuring some of the series’ most iconic landmarks. The game also comes with cool exclusive goodies in both physical and digital forms – check them out here.

5. The House of the Dead: Remake
Release Date: April 7, 2022
Developed By: Sega AM1
Published By: Sega
Platforms: Nintendo Switch

The House of the Dead franchise is one of the most-decorated light-gun rail shooters in gaming history. However, with the slow death of arcade games, The House of the Dead hasn’t made a lot of new releases recently. Still, the franchise is far from dead, and the new The House of the Dead Remake for the Nintendo Switch is setting up the franchise for a revival. The game is a light gun rail shooter, which means players are set off on a pre-determined route, shooting at enemies along the way while also spotting collectibles and managing objectives. The remake will feature HD graphics, remastered textures, as well as gameplay changes to “suit modern gaming standards.” The game was originally set for a March 2022 release, but has been pushed back to this month, which I think is a great idea, seeing how stacked March was.

Pocky & Rocky is a classic scrolling shooter game. It features traditional Japanese mystical creatures and follows a Shrine Maiden named Pocky and her tanuki companion Rocky as they fight a variety of monsters. Pocky & Rocky Reshrined features new playable characters like the kami Ame-no-Uzume, the yokai monster weasel Ikazuchi, and the female samurai Hotaru Gozen, giving fans of the original more reasons to buy this remake. With new HD graphics and remastered music of its very catchy tunes, old fans and new gamers alike will surely enjoy this new offering by Natsume.

Also revealed during a Nintendo Direct, Chrono Cross: The Radical Dreamers Edition is an HD remake of the classic JPRG. It’s coming out on PS4, Xbox One, and PC as well, giving the game more exposure. Modern JRPG remasters features like disabling combat encounters, as well as including the Satelaview-exclusive Radical Dreamers text-based adventure in the game. Chrono Cross is one of the quintessential JRPGs of all time, defining what a JRPG is supposed to be along with Final Fantasy, and it’s great that Square Enix is finally giving their other JRPG masterpiece love and attention.

We’re cheating a little bit here, but we just want to give more attention to Chernobylite as this is one of the greatest indie gems to come out last year, and it’s finally coming out on current-gen consoles. Chernobylite is a science fiction survival video game that dabbles in multiverses, time travel, and radiopunk. Formerly employed in the Chernobyl Nuclear Power Plant before its meltdown, players take on the shoes of a physicist in search of his lost love. He believes that the nuclear energy in Chernobyl will help him find his missing beau, and this entangles him in a much darker, much more sinister plot within the Chernobyl Exclusion Zone.

tERRORbane is a fourth-wall-breaking genre-bending adventure RPG game that plays on the tropes of video games. Long-time gamers would appreciate how the game leads you on to tropes then subvert all your expectations. This game will knock you off your feet and will have you on tip-toes all of the time. tERRORbane is based on a concept where the game is released unfinished and buggy, but the player character then uses this to their advantage to win battles and break the game. If you’ve enjoyed games like Pony Island and the more recent Inscryption by Daniel Mullins but would like something less spooky, then you’d probably enjoy this game, too.

Midnight Ghost Hunt is an upcoming 4v1 asymmetrical multiplayer game. A team of ghost hunters goes against a single ghost who hides inside inconspicuous furniture and uses their poltergeist powers to damage the hunters. The game comes out in Early Access early this month and is published by Coffee Stain Publishing which also published multiplayer greats like Valheim and Deep Rock Galactic, so you know this game is the real multiplayer deal. It’s a shame that this game will probably be compared to the upcoming Ghostbusters game, but this game should have enough time to flourish on its own right before that game comes out.

BONUS: Apart from the ten games above that made our Top 10 New Games of April 2022 list, Back 4 Blood Tunnels of Terror DLC is also coming out this month. Re-releases of Zombie Army 4: Dead War, Star Wars: The Force Unleashed, and 13 Sentinels: Aegis Run on Switch are also coming out soon. We’d also like to put some attention to the Switch/PS4 release of Tasomachi: Behind the Twilight, and the upcoming release of Lumote: The Master Mote Chronicles. Apart from that, we’d like to remind you that Wild West just came out on March 31, so be sure to check it out. Finally, if you ever wondered about how it’s like playing a basketball game as if it were an FPS game, check out HoopsFPS. 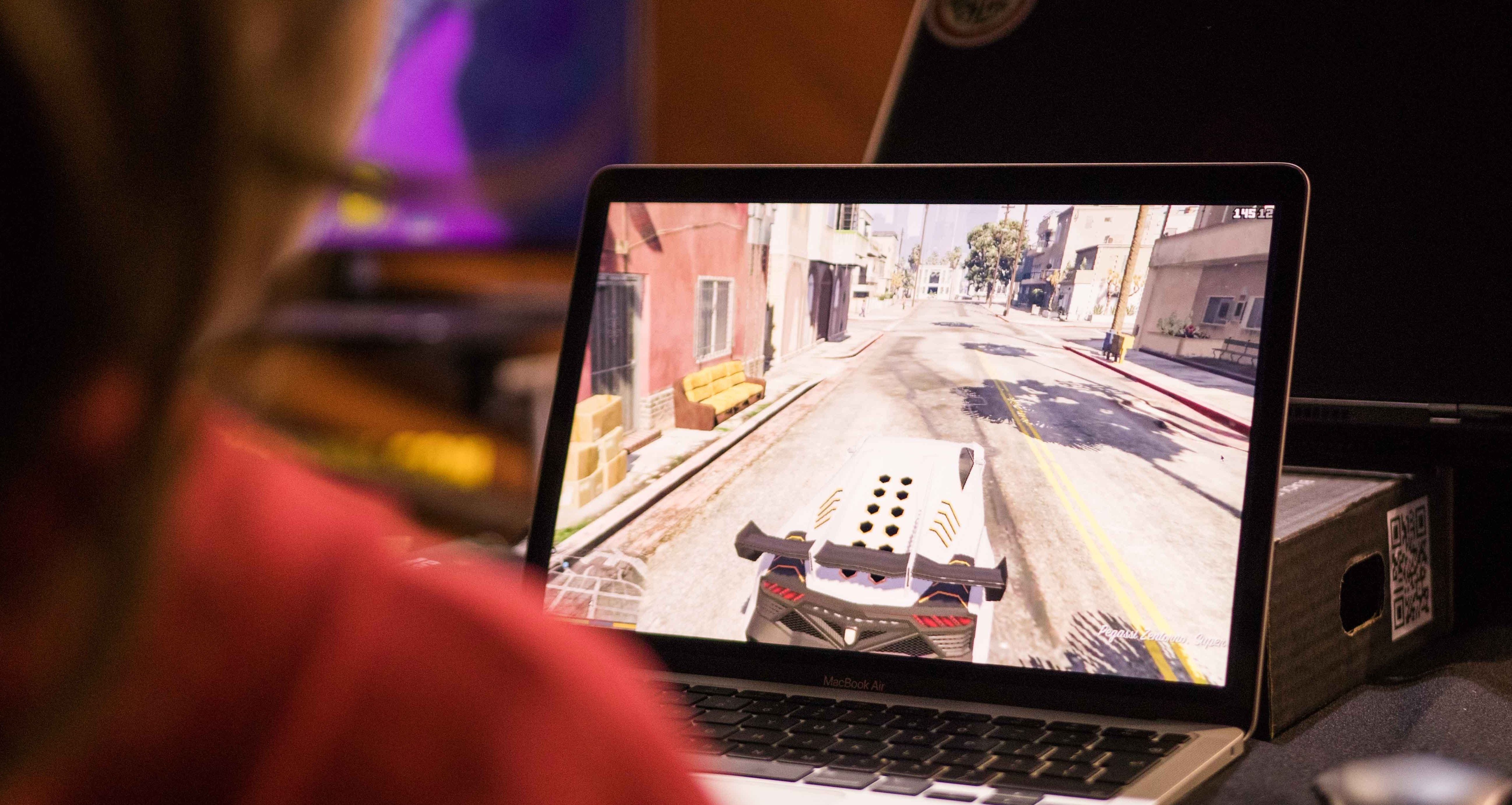