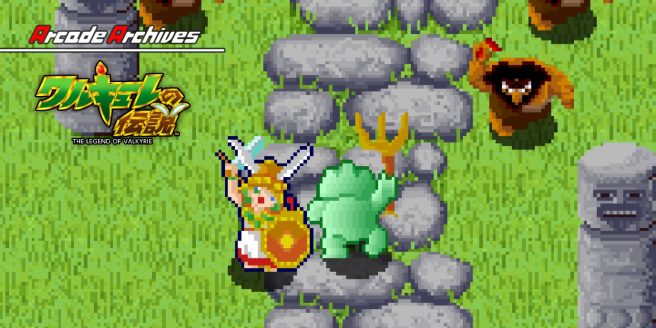 Famitsu returned this week with another live stream to showcase the latest Arcade Archives games on Switch, Pac-Land and The Legend of Valkyrie (Valkyrie no Densetsu). Both were highlighted with lots of gameplay.

Pac-Land is a side-scrolling action game released by Namco (Bandai Namco Entertainment Inc.) in 1984. The title follows Pac-Man on a quest to bring lost fairies home to Fairyland. What strange events will Pac-Man encounter as he leaves town, then passes through the mountains and forests? Pac-Man’s charming adventures begin here!

The Legend of Valkyrie

The Legend of Valkyrie is an action game released by Namco (Bandai Namco Entertainment Inc.) in 1989. The Legend of Valkyrie features the popular Valkyrie once again, for an even higher-power adventure! “When the seeds of gold are watered by the northern spring, a miracle will spring forth in the doomed land”.

Get a look at the full archive for Famitsu’s Arcade Archives Pac-Land and The Legend of Valkyrie gameplay live stream below.