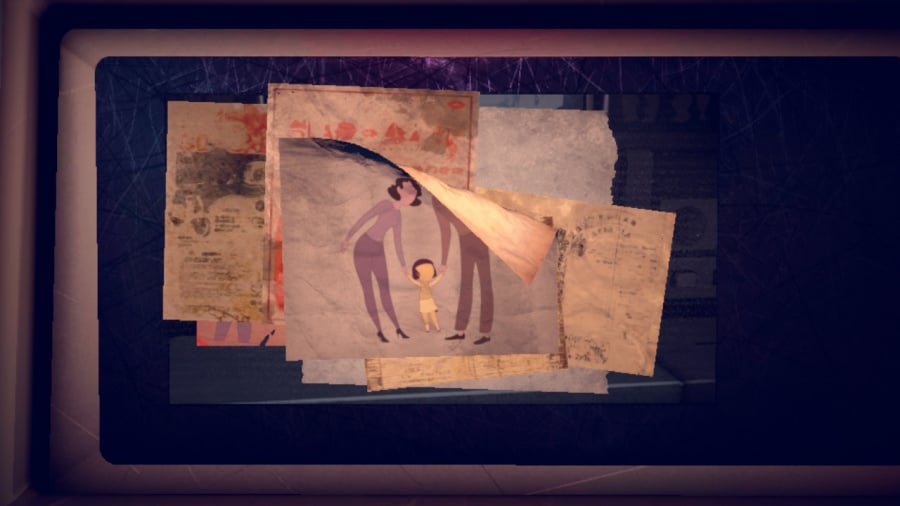 We’d be lying if we pretended we hadn’t experienced impressive games published by Annapurna Interactive in the past; What Remains of Edith Finch, Outer Wilds, and Sayonara Wild Hearts are just scratching the surface of the critically acclaimed titles that have passed through their avowed art-game doors. The hit factory though, such as it is, seems to be on a bit of a stumble lately. The hotly-anticipated Twelve Minutes was the dampest of damp squibs, your mileage will absolutely vary with The Artful Escape and now we’ve got A Memoir Blue, a “interactive poem” (red flag emoji) about a competitive swimmer’s relationship with her mother.

Is that too cynical? Perhaps. We fear that these introspective games — while certainly having their place in this enormous, diverse, joyous hobby — need to offer a little more meat on the bone to be truly worthwhile. And we don’t mean in their core gameplay, necessarily; storywise, this is a flaccid experience, on top of being mechanically uninteresting. We can forgive one, but not both.

That’s the real nail in the coffin of A Memoir Blue; if it were a movie, it’d be an uninteresting one. The “gameplay” here (oof, we put gameplay in scare quotes, that’s never a good sign) consists of, essentially, fiddling around. Let’s examine the first scene — you’ll see your character (Miriam) receiving a medal for a swimming competition, and you’ll use the left stick and buttons to move the assembled press’ microphones and take photographs. Miriam flinches at the camera flashes. Could this possibly indicate a discomfort with success!? Next, you’ll be rifling through Miriam’s bag, receiving texts messages in an obscured, Wingdings-esque language. Could this be somehow related to issues with communication? The next segment, in which you tune a radio which displays various abstract-ish scenes rather hammer this point home. Sound a bit bland and obvious? You’d be right, but it’s okay — you’re already almost 10% of the way through the game.

Yes, on top of being a rather leaden, obvious piece of software, A Memoir Blue is just under an hour long. This is probably not the worst decision, all things considered, but if it fails to grab you in that short time, there’s precious little to recommend here. We’d say some of the visual design is interesting — and there is inarguable skill in the compositions — but it’s in service of something that just didn’t hook us. There’s some nice mixed-media stuff where 2D animated flashbacks appear alongside the fully-CG Miriam, but they just gave us the impression that they’d given up being esoteric and just decided to show us what happened instead.

This will probably be held up as anti-intellectual in some way, or part of the crowd who scream every time they see a “walking simulator” (a grossly reductive label), but really, this just isn’t good art. Of course that’s subjective and sure, maybe you’ll be profoundly moved in a way that we didn’t experience, but we’d wager it’s unlikely. It’s a game that seems to coast along and then just… fizzle out with no major revelation or real hook. What’s a generous word for that? Meditative. It’s meditative. Really meditative. Sort of like… sleeping.

Cuphead is still getting a physical release for Nintendo Switch

Nintendo has been called 'destructive' to video game preservation

All About Tremendous Nintendo World at Common Studios Hollywood … – PEOPLE