The upcoming indie RPG WrestleQuest will allow players to call upon in-ring legends like the Road Warriors and Macho Man Randy Savage as summons.

Wrestling and video games have always been a powerful tag team, with many games based on the unique mix of athletics and scripted drama that pro wrestling provides. 2022 in particular seems to be a banner year for wrestling-based video games, as WWE 2K22 was recently released to warm reviews after a delay back in March. Additionally, rival promotion All-Elite Wrestling is supposedly looking to enter the virtual arena with the more simplified AEW Fight Forever sometime later this year. While both these titles are 3D, real-time fighting games centered around recreating the action of a modern-day wrestling match, a third squared-circle sim is turning to the retro days of the sport for an experience similar to Final Fantasy or Dragon Quest titles.

Today’s Guerrilla Collective 3.0 livestream (as shown on IGN’s official YouTube channel) saw more footage from WrestleQuest, a turn-based RPG from Skybound Games and Mega Cat Studios that is being dubbed as “the world’s first pro-wrestling RPG.” Mega Cat Studios Head Of Narrative Zack Manko and Senior Designer Andy Marsh narrated new gameplay footage featuring a battle between the player’s party and real-life wrestlers Hawk and Animal of the legendary Road Warriors tag team. Sure enough, WrestleQuest will feature actual in-ring performers like the late “Macho Man” Randy Savage, Jeff Jarret, and Jake “The Snake” Roberts. These icons of the squared circle can be summoned by the player to aid in battle after completing certain side quests or defeating them in a boss fight. In the case of the Road Warriors, the player has to take down Hawk and Animal after investigating a Mad Max-style cult devoted to the team, which leads the party to a face-off against them on the back of a speeding tractor-trailer truck. A free demo can be downloaded on Steam right now.

WrestleQuest was first announced in May, with wrestling legend Jeff Jarret working with the developers to produce the first Japanese-style RPG centered around professional wrestling. Matches will take place as turn-based battles in which players unleash devastating wrestling moves in place of magic – including special tag-team attacks that are performed by two characters for extra damage. There will be 12 playable characters in WrestleQuest, each one possessing special moves and abilities that players can mix and match to build custom strategies. There is also a Hype Meter that measures the crowd’s excitement for a match, granting players bonuses in return for performing varied moves during a battle.

WrestleQuest combines the retro look and feel of classic 2D turn-based RPGs with the campy theatrics and athletics of wrestling to hopefully create a unique and memorable experience for fans of both. While it may be a while before players can experience everything the title has to offer, the WrestleQuest demo will hopefully give those interested in playing a good look at what smackdown gameplay may be present in the full release.

J. Brodie Shirey is just a simple man trying to make his way in the universe, but aren’t we all? He currently lives in York, Pennsylvania. He is a big comic book, video game, and science fiction fan, and likes writing articles for ScreenRant or scripts for some of his crazy TV show ideas.


A graduate from York County School of Technology, he’s self-published several books on Amazon, and once won 1st place at a regional computer fair for a CGI animated short. He might post it on Youtube someday. He hopes that working for this site will be his first step into the larger universe of online writing, since Megazord technology hasn’t been invented yet and he doesn’t seem to have any Force powers. You can check out his work at The Uncanny Fox, purchase his books on Amazon.com, see his posted scripts on Script Revolution, or see his portfolio here or here. He can also be followed on Twitter @FoxUncanny.

Infinite’ Is Coming To PS5 And Nintendo Switch 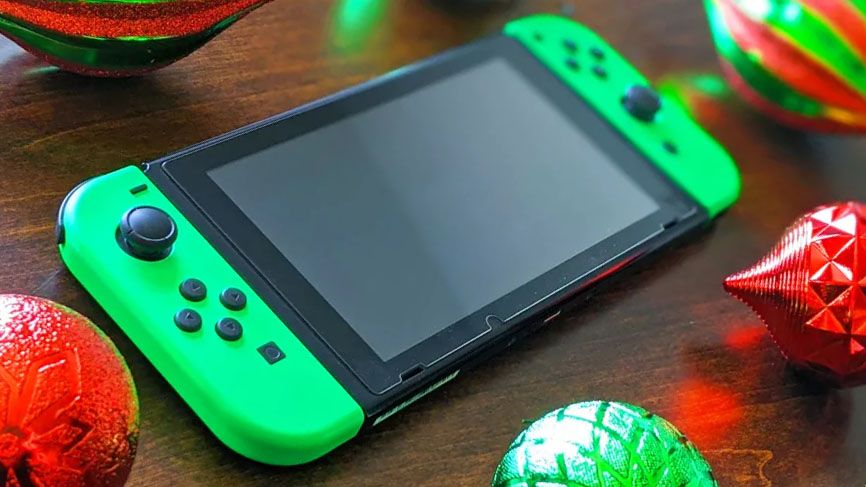