Nintendo isn’t exactly known much for horror or anything involving themes and atmospheres considered “too adult”. But that doesn’t stop the 3DS from having a number of spooky titles for late nights spent in misty graveyards.

Many of the best horror games for 3DS sadly have flown under the radar. The reason for this could come down to the general age range and target audience of the 3DS, or maybe people just associate horror so little with Nintendo that they didn’t even bother checking to see if they had any good horror on the system. Either way, here’s some bloody goodness you have to check out if you own a 3DS and like to be scared.

Spirit Camera is a Fatal Frame spinoff that utilizes the 3DS hardware in a lot of interesting ways. Make sure not to buy this game second-hand unless it comes with the case and booklet because that booklet is essential to this game’s experience.

Spirit Camera revolves around a haunted book that is said to steal your face. Like Fatal Frame, the game involves solving puzzles and taking pictures of ghosts to navigate its haunted story and make it out alive. It feels a bit gimmicky, and will likely only feel more dated as time goes on, but it’s an interesting experience nonetheless.

If you’re into Japanese horror games, you’ve more than likely heard of Corpse Party. This is a famous title about a group of students who become trapped in an alternate-reality version of a demolished elementary school that is haunted by vengeful ghosts.

Related: Things We Wish We Knew Before Starting Corpse Party

You need to wander the school, playing as the different characters throughout different chapters, trying to find a way out while avoiding the legion of terrible and bloody endings that may befall your characters on the way to salvation. It’s a cult hit and more than worth your time if you’ve never played it.

Shin Megami Tensei IV: Apocalypse isn’t necessarily a horror game in the traditional sense. But it wouldn’t be off-base to call it a horror-themed JRPG. The SMT series has always had a bit of a dark tone to it. Many of the games deal with demons in post-apocalyptic Tokyo. SMT IV: Apocalypse is all of that plus a trip to hell to make the whole experience a little more unsettling.

If you’re interested in a turn-based JRPG with a spooky atmosphere, this is one of the best SMT games in the series.

Zero Escape: Virtue’s Last Reward is equal parts horror, puzzle, and point-and-click adventure game with a narrative that is as strange and comedic as it is dark and uneasy. This game is often described as a “visual novel” as well, which is a fitting label seeing as you’ll spend just as much time clicking through the game’s text as you will playing through its puzzles and clicking around its various rooms.

This title has 24 endings and any of the characters can die. Feel free to jump around between different timelines and pick which one best suits your preference.

Like SMT IV: Apocalypse, this is another game that isn’t strictly a horror game in the traditional sense. Luigi’s Mansion: Dark Moon could almost be described more as a kid-friendly horror game.

It’s a game in the Mario universe at the end of the day, so things are generally light-hearted, quirky, and soft around the edges to have a colorful and wide-ranging appeal. Still though, this is also a game about slowly wandering through a dark mansion to capture all of the ghosts that seek to do you harm.

Creeping Terror is the hidden gem of this list, and with just a little over 100 reviews on the 3DS Eshop, it is a well-hidden game. Graphically, this game could use some improvement. But the almost lo-fi look and feel of the game in some ways adds to its looming horror.

In Creeping Terror, you’ll be trying to survive the chase of a killer while trapped inside a decrepit mansion. You control the main character and the way you play the game will determine how many of your friends, if any, live to see the morning.

Resident Evil Revelations was a return to form for the series in an era where the games had gotten far less scary, more action-packed, and borderline nonsensical. This game recaptures what made fans fall in love with Resident Evil in the first place with puzzle-solving, limited supplies, and monsters that can’t be dispatched so easily, all wrapped in a relatively self-contained story that involves being isolated on a dark and ominous ship way out at sea. There are few experiences on the 3DS scarier than this.

Next: The Best Virtual Console Ports On 3DS

Twilight Rivals Roars onto Next Gen Consoles This Year – GameSpew

What We Played – The Quarry, MH Rise Sunbreak & Redout 2 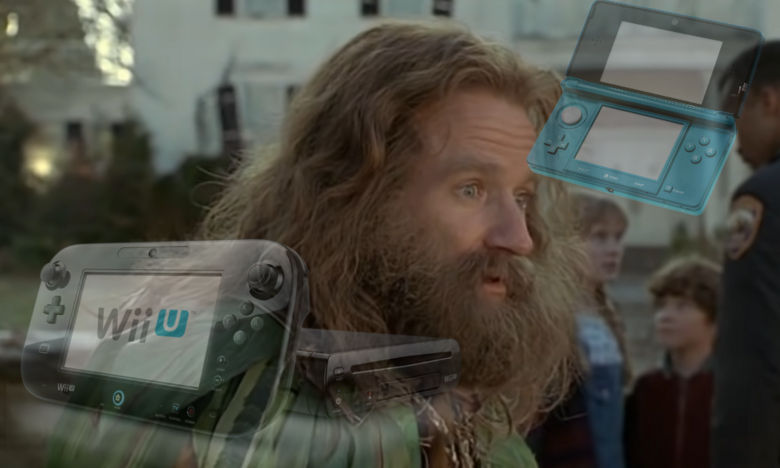