With the 2022 NFL season taking shape, the roster is set to have more turnovers than a bakery with free agents coming in, going out and draft picks staking their place on the roster.

Who else is on the hot seat? Who will receive a pink slip? Follow along with FalconReport.com for up-to-date information on all the moves.

JUNE 13 PRESEASON TV SCHEDULE SET The Atlanta Falcons have officially released their preseason schedule and the national TV schedule has been announced. Here’s a look at the three games:

The Falcons and Jaguars will have mixed practices in the days leading up to the third and final preseason game.

Bullard is set to make just over $1 million this season, a slight raise from his Falcons contract at $990,000.

Bullard returns to the NFC North after being drafted by the Chicago Bears and spending the 2016-18 seasons in the Windy City.

By joining Minnesota, Bullard has played for five organizations in as many seasons.

JUNE 2 FITZ RETIRES Journeyman quarterback Ryan Fitzpatrick has retired from the NFL, according to a tweet from his former teammate Fred Jackson.

JUNE 1 NEW MADDEN COVER For the first time since 2000, John Madden will grace the cover of the video game named after him.

The Hall of Fame coach and broadcaster passed away in December at the age of 85.

Madden 23 is set to come out this August.

MAY 29 NO AB IN ’22 Free agent wide receiver Antonio Brown will not play in the NFL in the 2022 season, he said in an interview on a live broadcast of the Fan Controlled Football League.

Brown infamously quit in the middle of a Tampa Bay Buccaneers game in December against the New York Jets and was cut shortly after.

Brown, a Super Bowl champion and 4-time All-Pro receiver, didn’t officially retire but it’s very possible he has played his final down in the NFL.

MAY 26 DB TO RB The Atlanta Falcons are taking the idea of “position flex” to another level by moving slot cornerback Avery Williams from defense to offense.

The newest addition to the running back room, Williams was drafted in the fifth round last year out of Boise State. In 15 games played last year, he recorded 22 combined tackles, one pass defensed and one forced fumble, but was especially notable as a returner. Williams – who played running back in high school – returned 20 punts for 153 yards and 23 kicks for 490 yards.

Now, how does he get snaps in a backfield already featuring the likes of Cordarrelle Patterson, Damien Williams, Qadree Ollison, Caleb Huntley, Tyler Allgeier and Jeremy McNichols? That’s the next challenge.

MAY 25 KAEPERNICK TO WORKOUT FOR RAIDERS The Las Vegas Raiders are hosting quarterback Colin Kaepernick for a workout.

Kaepernick gained praise and scrutiny for kneeling during the national anthem in the 2016 NFL season, the last year he played in the NFL.

MAY 25 FALCONS SIGN MALONE The Atlanta Falcons agreed to terms with another member of their rookie class Tuesday, signing third-round rookie DeAngelo Malone, according to Aaron Wilson of Pro Football Network.

Foles will reunite with former offensive coordinator Frank Reich in Indy and is set to back up former Falcons quarterback Matt Ryan.

Allison spent the first four seasons of his career with the Green Bay Packers, followed by one injury-filled season in 2021 with the Detroit Lions.

In his first five years in the league, Allison has caught 89 passes for 1,045 yards and six touchdowns.

Sheffield spent three seasons with the Falcons, but saw his playing time diminish each season. Last year, Sheffield played in just nine of 17 games in a reserve role, recording a meager four tackles.

Becker has been an on-and-off member of the team since signing in April 2021. However, he was not on the active roster during the season.

MAY 13 FALCONS GET WR The Falcons have acquired Las Vegas Raiders wide receiver Bryan Edwards in a trade, per the Las Vegas Review-Journal.

Edwards has two years left on his rookie deal and will compete for a starting spot alongside Auden Tate and Olamide Zacchaeus.

The Raiders are also sending a 2023 seventh-round pick in exchange for a 2023 fifth-round pick.

MAY 12 ROOKIE DEALS First-round pick Drake London heads up the list of the day’s signings. The 6-foot-4 wide receiver out of USC is on board, along with BYU running back Tyler Allgeier. Also under contract now: Georgia tight end John FitzPatrick and O-lineman Justin Shaffer.

Sharpe played in 15 games last season for the Falcons, catching 25 passes for 230 yards.

With Sharpe out of Atlanta, Auden Tate and Olamide Zacchaeus are expected to see their roles grow.

MAY 5 KWIATKOSKI VISITS According to NFL Network, the Atlanta Falcons are hosting veteran linebacker Nick Kwiatkoski for a visit Thursday.

The seven-year veteran played in just eight games in a reserve role for the Raiders last season after starting in all 12 of his appearances the year before.

Jones, who turns 80 in October, was transported to Parkland Hospital as a precaution.

His injuries were not believed to be serious, and he was released after a short time.

MAY 3 MINICAMP DATES SET The Falcons will be holding Rookie Minicamp from May 13-15.

Mandatory Minicamp will be held from June 14-16.

MAY 2 HONEY BADGER HEADS HOME Just days after the NFL Draft, it was revealed that the New Orleans Saints are expected to sign safety Tyrann Mathieu in the coming days.

Mathieu, a New Orleans native, spent the last three seasons with the Kansas City Chiefs and was part of the Super Bowl LV championship team.

Now, he’s set to join the Atlanta Falcons’ biggest rival and face them twice per year.

Senat was drafted by the Falcons in the third round of the 2018 NFL Draft and played primarily sparingly for the first three years of the deal.

This past season, Senat was placed on injured reserve during training camp and was released in early November.

Now, Senat gets a second shot at his NFL career, remaining in the NFC South and returning to the city where his collegiate career took place.

APR 21 MARK YOUR CALENDARS! The NFL announced Thursday that the league’s schedule would be fully released on May 12.

While the full schedule releases next month, the NFL will reveal parts of the schedule a little earlier, beginning next week during the NFL Draft with the first Thursday Night Football matchup on Amazon Prime Video.

International games will be revealed Wednesday, May 4, and the Falcons aren’t expected to participate since they played a home game in London last season.

And select games will be revealed during the week of May 9 leading up to the full schedule release Thursday night. 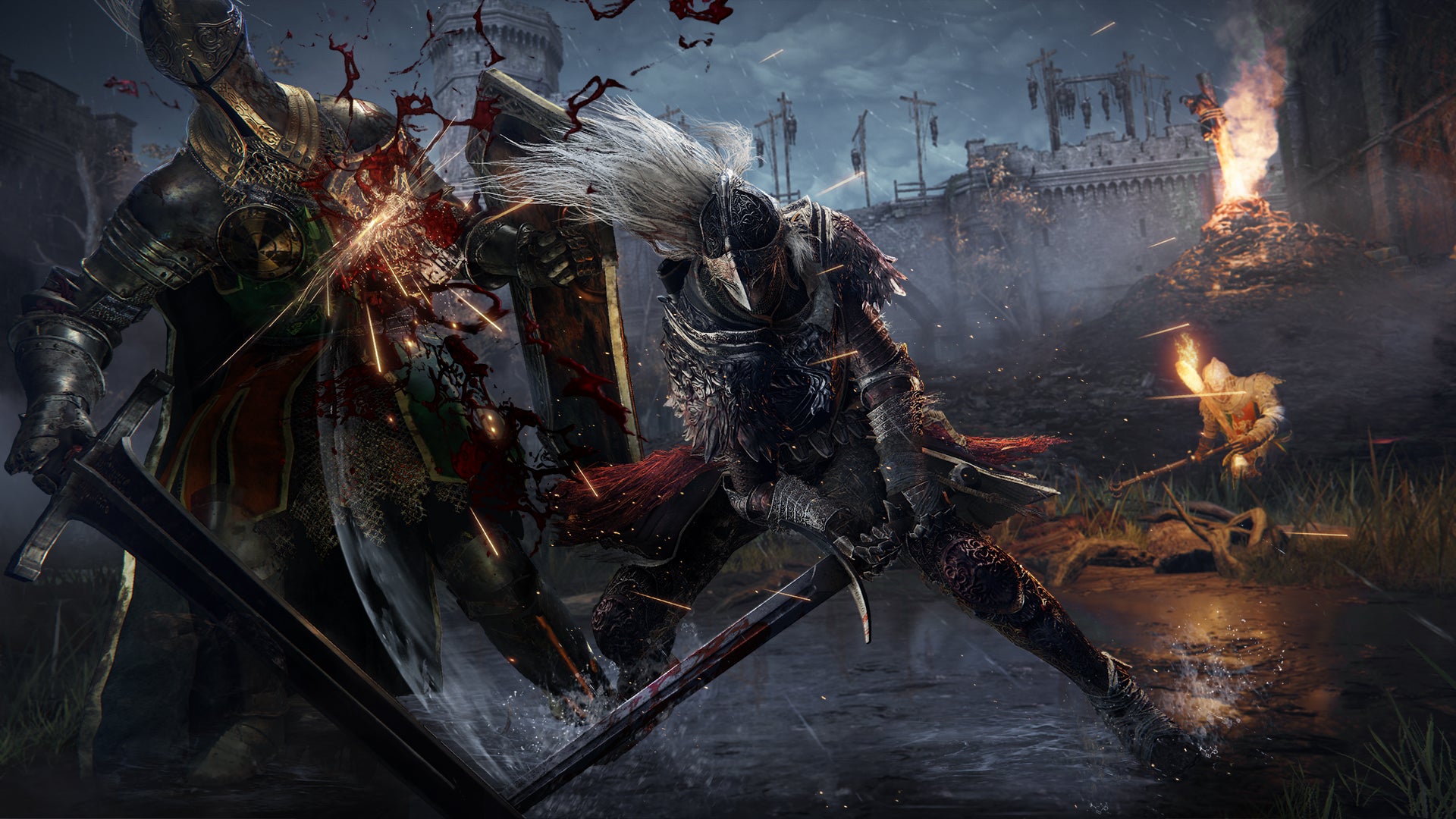 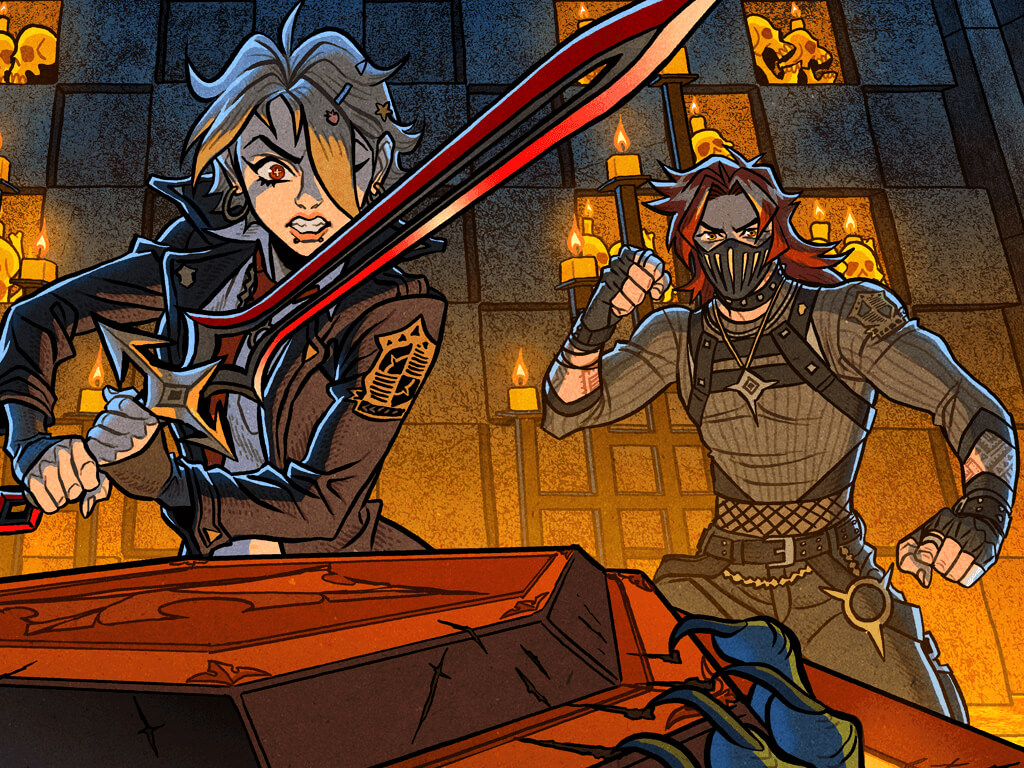 Vampire hunters are coming to the Fortnite online game