It might be hard to believe, but the Nintendo Wii release date was 15 years ago today when it arrived on store shelves across North America. Wii preorders quickly sold out as fans were eager to get their first look at the long-awaited sequel to the GameCube. It also ushered in the new age of consoles at the time: The Xbox 360 may have been released the year before, but the PlayStation 3 and Nintendo Wii launched just days apart from each other in 2006. To date, the Wii is still the best-selling Nintendo home console and one of the most iconic pieces of gaming hardware to ever hit living room entertainment centers.

From the Start, Project Revolution Promised A Lot 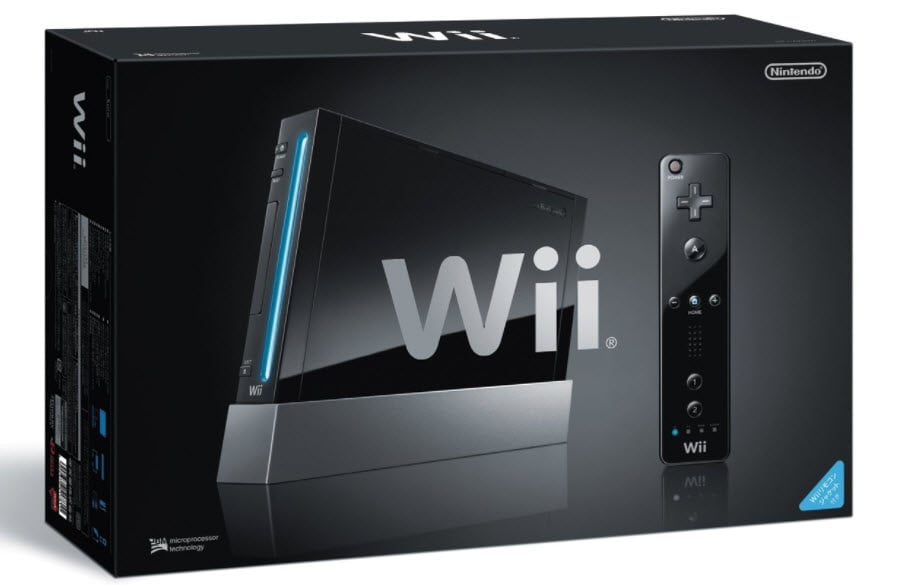 The arguably cooler codename for the Wii was the Nintendo Revolution, and with this generation came Nintendo’s propensity to not follow along with what the other major developers were doing. The GameCube was certainly different from the PS2 and Xbox, but never before had Nintendo tried to do their own thing so boldly when it came to home consoles.

At the time, then-President Satoru Iwata had directed the company to not compete directly with Sony and Microsoft, but instead bring in a broader demographic of gamers by approaching console design in a new way. The company committed resources to developing innovative motion controls and focusing more on gameplay rather than graphical prowess. Even though HDMI technology existed and HD gaming was a reality, Nintendo opted to still use video cables for a standard definition experience.

Later on you could buy component cables to bump up the display to 480p, but the allure was always the new controls and what would be possible with them. Plus, the focus on multiplayer made it easy to market this console as something that could truly be enjoyed by all. I still remember the original ads that would proudly exclaim, “Wii would like to play.” 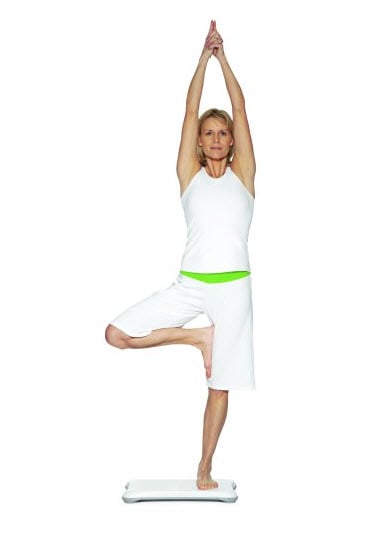 From the get-go, the draw of the Nintendo Wii was its innovative Wii Remote controller. Where console controllers might be confusing to those who aren’t familiar with video games, Ninendo’s belief was that anyone would know how to pick up and use a device that resembled a remote control. This also allowed developers to develop and port games with motion controls in mind. Sometimes this would create great gameplay experiences, but the controls could also be detrimental for third-party support. Nintendo was able to build their games from the ground up for the Wii controls, but anyone who wanted to port a game to the console had to commit additional resources to make it compatible with the Wiimote.

The Wii launch lineup included the much-anticipated Legend of Zelda: Twilight Princess, as well as Wii Sports, which was packaged as an included game with consoles sold in North America (this was not the case in Japan, where Wii Sports was sold separately). In the United States, Wii Sports helped drive early console sales during the 2006 holiday season, with kids, parents, and grandparents alike wanting to discover exactly what it was like to play baseball, tennis, or golf in their own living rooms on their TVs. This game would eventually be expanded with Wii Sports Resort and an assortment of first-person shooter and swordplay video games would also come to the console to take advantage of its unique control scheme.

With over 100 million consoles sold worldwide, the Nintendo Wii offered access to a variety of beloved first-party titles, such as Super Mario Galaxy and its sequel, Metroid Prime 3, Mario Kart Wii, Mario Party 8, Super Paper Mario, and countless others. Remember games like Excite Truck and WarioWare: Smooth Moves? And who could forget Wii Fit with the iconic balance board. The diversity of games available for the Wii helped make it a console beloved by all generations. Over its 5+ year lifespan, over 1,500 titles would come to the console, and that doesn’t include the variety of games available on the Wii Virtual Console. 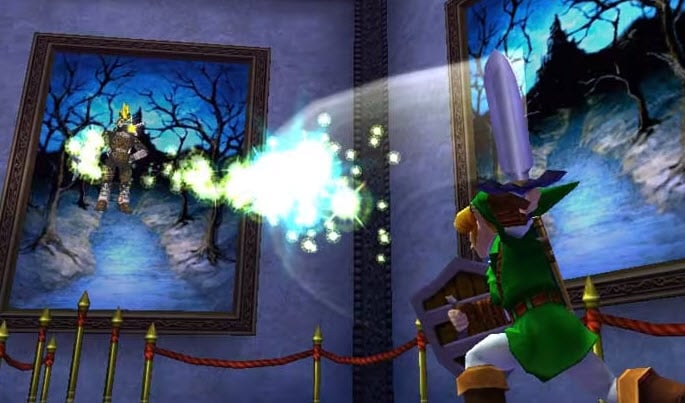 When the Nintendo Wii eShop shut down a few years back, it was a sad loss for those who looked forward to obtaining legal copies of their favorite digital retro games. The Wii was the first time Nintendo had a console that offered online connectivity, and over time the virtual console was built out with a great selection of NES, SNES, SEGA Genesis, Nintendo 64 games, and more.. The Wii U would bring some of these titles to its eShop experience years later, but it was never as robust as what was available on the Wii. Plus, the Wii price was around $250 at launch. Compare that to the $599 price tag of the PlayStation 3, and it’s easy to see which console was more accessible to budget-savvy shoppers.

The retro experience is also what helped make the Wii such a popular console among those of different ages. Adults who grew up with games in the ’80s were able to access some of their favorite titles from their childhood, while children of the day were able to visit new and old games alike. Whether you were a hardcore gamer or dipping your toe into Nintendo’s waters for the first time, the Wii had a lot to offer. Still, it wasn’t without room for improvement.

Despite Huge Sales, Nintendo Wii Had Its Shortcomings 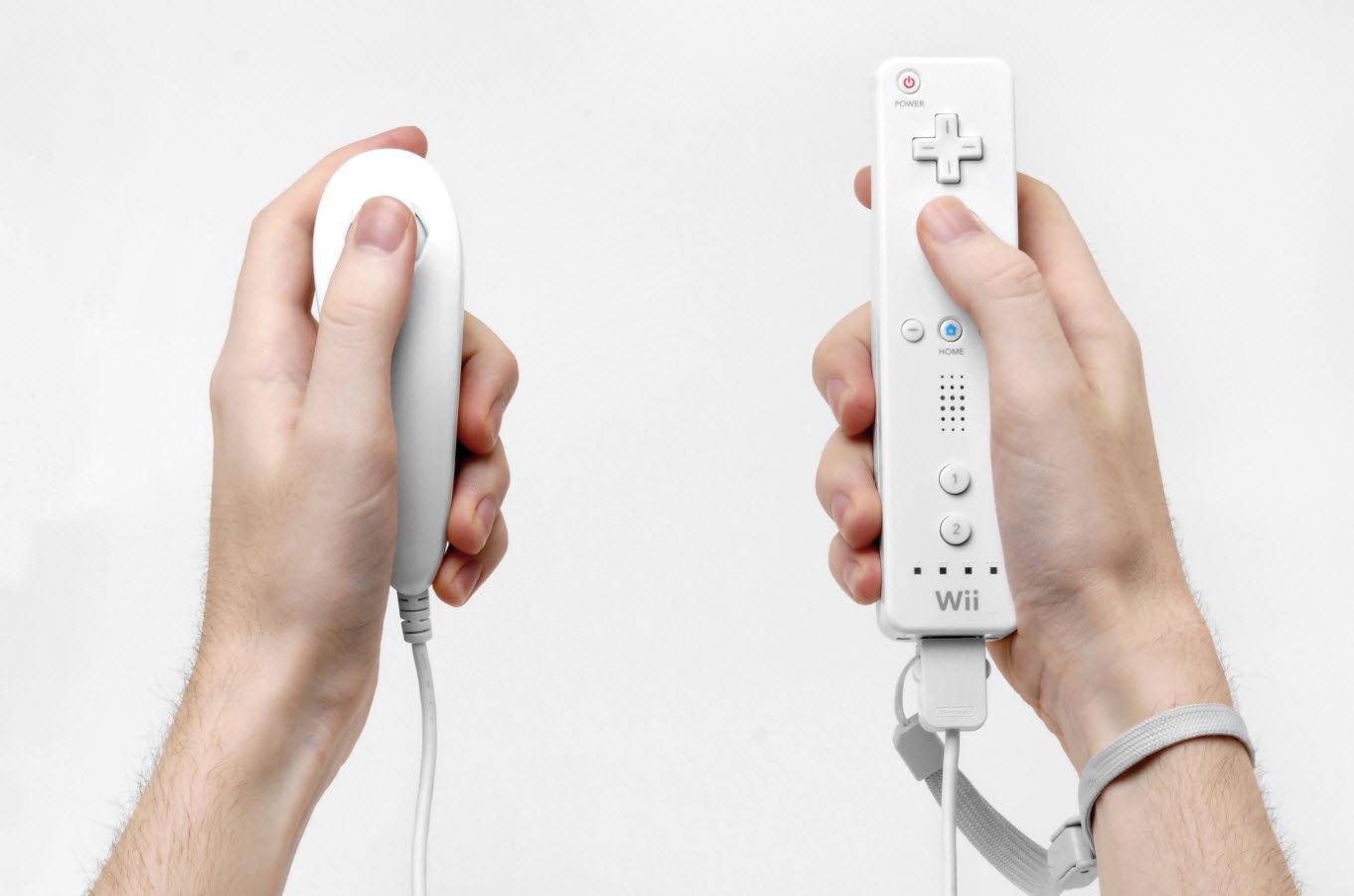 The Wii is a good console, and by its sales numbers it was a remarkable success. The Wiimote innovated in ways that would evolve into modern-day VR, but the focus on motion controls was both its biggest selling point and its biggest detractor. Not all games were optimized for motion controls, and even Nintendo first-party titles would experience issues with losing contact with the Wiimote sensor. While Sony and Microsoft were able to focus on their games without adding the extra complicated layer of new controls, the Wii had to adapt every title to work with the Wiimote. This could be innovative and immersive, but it could also be kind of a pain. Sometimes you just want to lay on the couch and use a regular controller. I like to revisit Wii games from time to time, but I’d be lying if I said my wrist didn’t start to cramp up after an hour or so.

By making the Wii broadly appealing to a large demographic, it wasn’t out of the ordinary for the console to miss the mark when it came to its core demographic of fans. Its successor, the Wii U, may have only sold around 10% of what the Wii did, but its offerings of first-party titles and ports were stronger. Despite this, though, the Wii continues to be a beloved a console in Nintendo’s history, and 15 years later it’s easy to connect the dots and see how the company brought us from the Wii to the Wii U, and eventually perfecting its formula with the Switch. None of what we enjoy today from Nintendo would have been possible without the major success story that is the Nintendo Wii.

From Pikmin ports to an amazing rendition of Resident Evil 4 and more, the Wii brought some incredible games with innovative controls to its library. What are some of your memories with the Wii? Let us know in the comments!

See The Best Pokemon Game Return To The Nintendo Switch 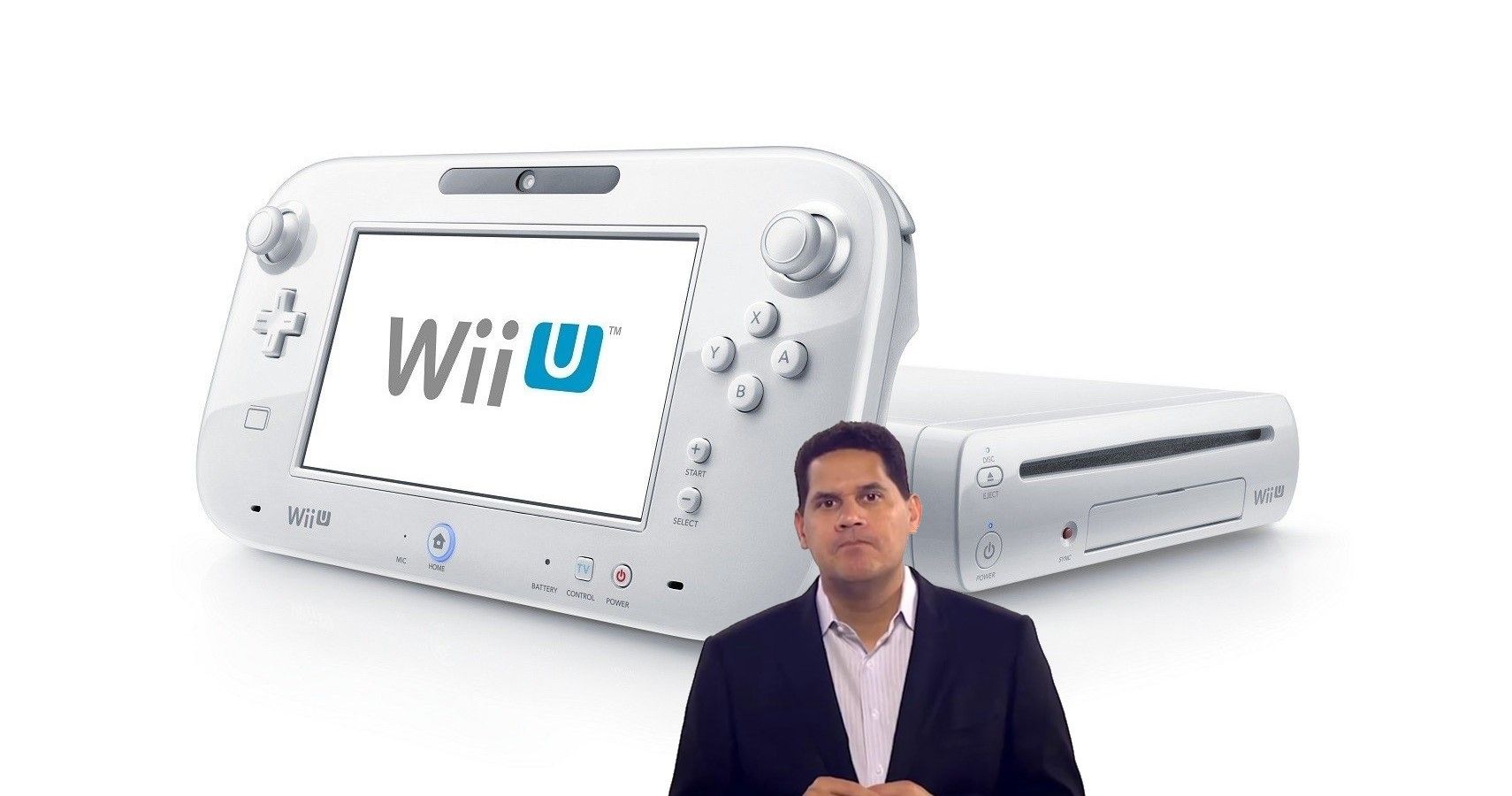 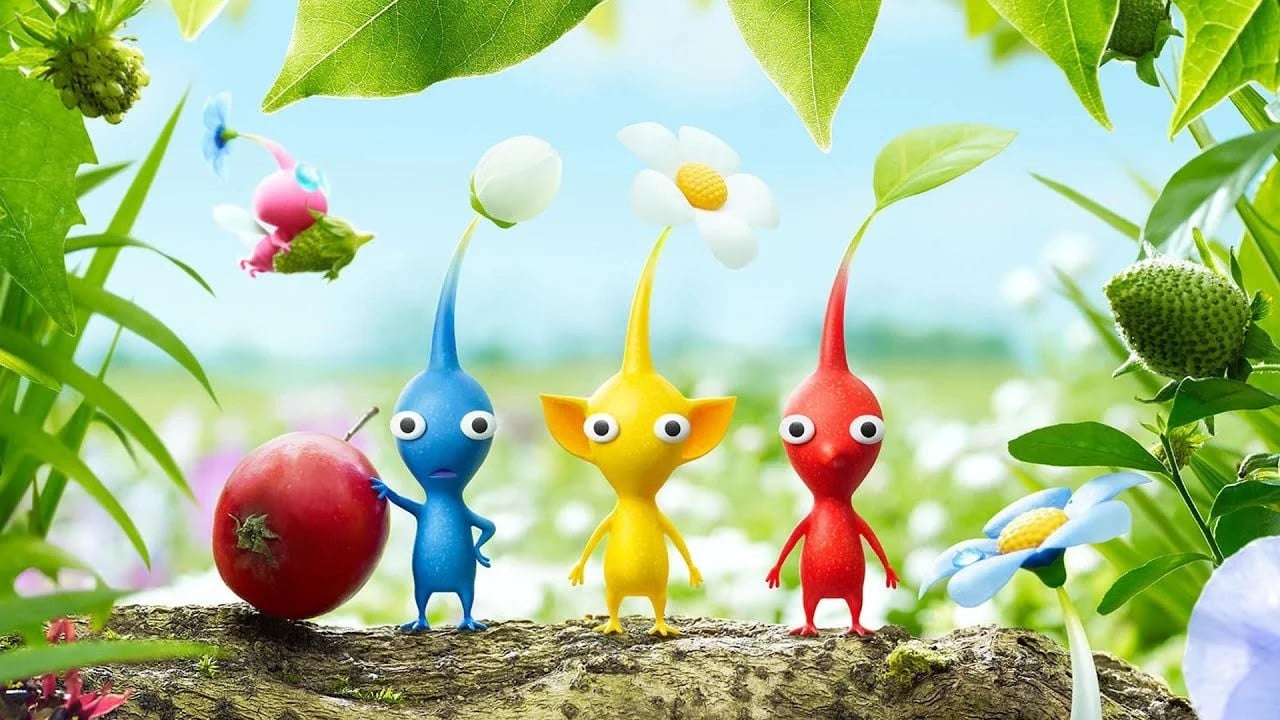 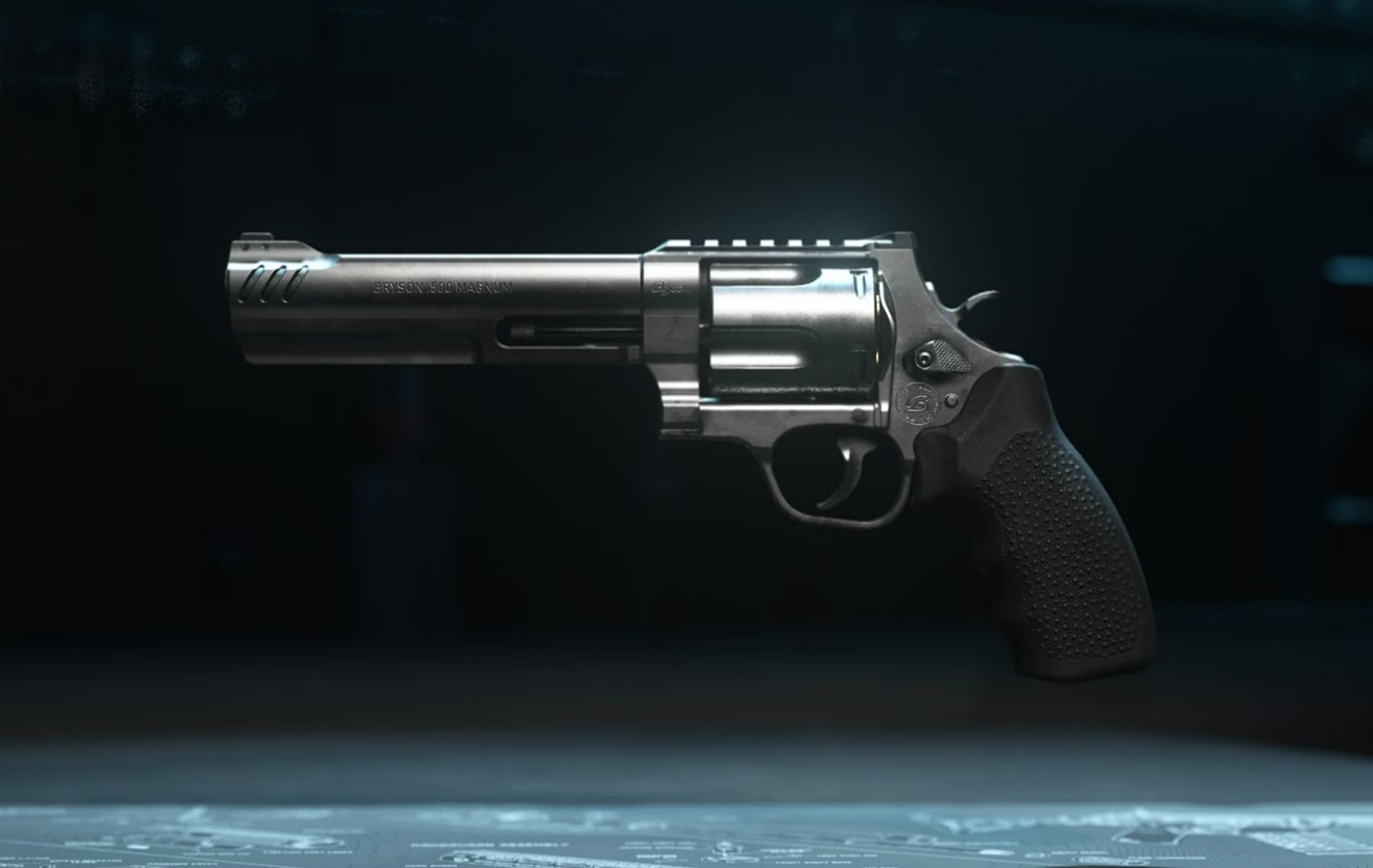